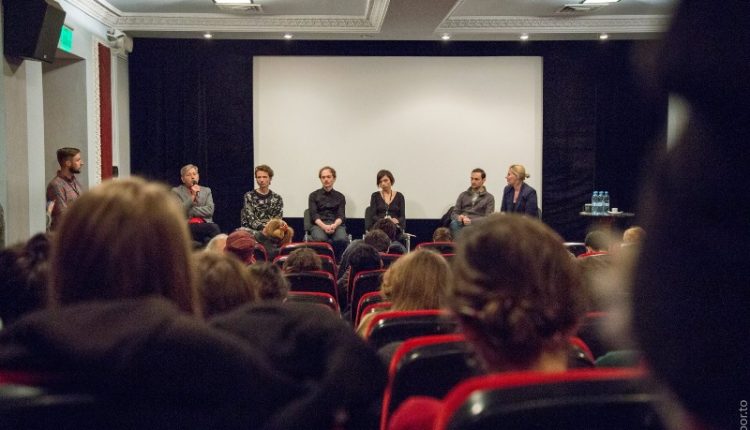 On Tuesday, October 27 a discussion on problems of the representation of queer and dissent in the world cinema was held in the cinema theatre Kyiv.

Irena Karpa: "Queer is the norm of life for me. I have never had any particular problems with it. As Mr. Khalpakhchi told one should bring 13-15-year old children along to Sunny Bunny. But I think, it is better to let them know this topic at an earlier age. It has often been said, let us say your child tells you, "Mother, I am gay or lesbian!" What would you say? I would ask [my child], "Do you love her (or his)?" Actually, where there is love and a free choice, other things do not matter. Of course, I go to church two times a year, but I cannot see any point in living according to old-fashioned philosophical constructs that had not worked out for a long. As for children, I explain to my children using their language, that sometimes instead of a prince and princess there can be two princes or two princesses, who love each other. You should explain to children in their language, that there are different fairy tales. Nowadays, even in Europe many teenagers try to commit suicide, because of the fear not to be accepted by society, and first of all by the family.

It is very important to hold such events as Sunny Bunny and to bring along not only children but "moral" acquaintances. Nothing makes a person feel empathy as much as a work of art. When identifying oneself with a character, living his life story, a person is able to understand other people better. The world changes gradually, and these changes are possible here. And the art is the locomotive that flies forward". 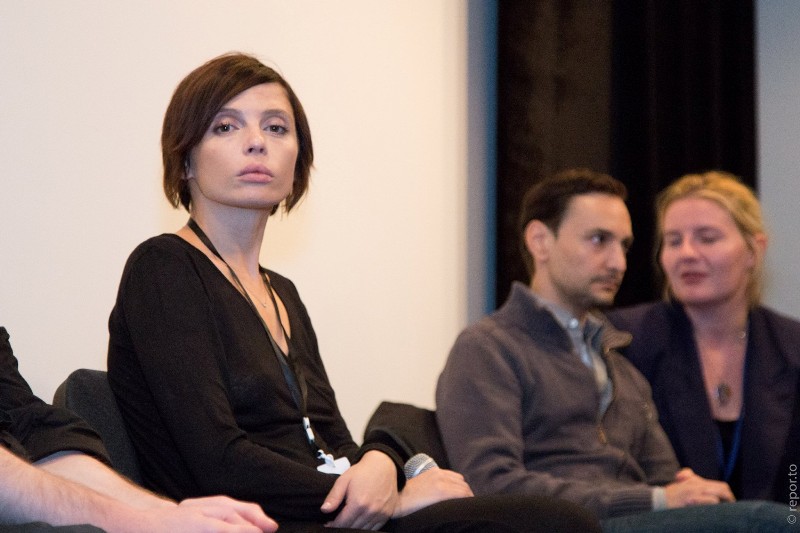 Oleksandr Telyuk:"First of all queer is a possibility to choose your sexuality personally, and it is a certain political position.  It is necessary to make people known that sexuality which does not contain aggression, use of violence, can be of any type. And it is not necessarily the one, which somebody somewhere determined for us. Why is it interesting to talk about it with regard to cinema? Sexuality like cinema itself is a kind of construction. In fact, there are such terms as "gender role" or "sex role". The more we go into the topic of queer, the more we understand that these roles should not be necessarily such, as somebody tries to dictate us. We can be the makers of our consciousness ourselves.
The second reason it is interesting to draw parallels between queer and cinema is that the topic of queer is not marginal in the history of motion picture. From the beginning of the history of cinema, film directors made queer films and films that contain very different types of sexuality, showing them without any shame, without any excuses.

We here in Ukraine have a habit of drawing a veil over when some great film director, for example, Visconti, shows an alternative sexuality. Although this perspective can be very interesting and important in order to review his films. Consequently, I think, sexuality, queer themes and cinema are strongly connected. When watching a film, one should remember this optics too – a couple consisting of a man and a woman is not the only possible scenario of love and sexuality". 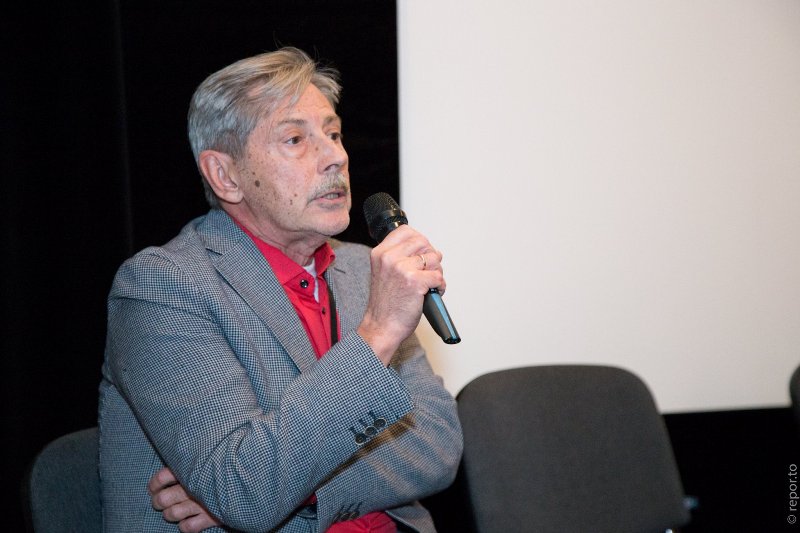 Anatolii Bielov: "For me queer is diversity, and the concept itself is not limited to sexual orientation. So, anyone can be queer. As a matter of fact, we all are queer, because each of us is unique, and each of us has peculiarities. It is important that queer instead of becoming another criterion for the division of people, in opposite would bring us together, and contributeto mutual understanding. With my works, my art I try to extend the size of understanding what queer is in the cinema, in the drawings and in music. Even the very queer party Sunny Bunny, a facilitator of what I became, is art and political gesture in some sense.After having been to cool queer parties and festivals abroad, where everyone can come regardless of his or her sexual orientation, where people feel free and relaxed, I dreamt of making something similar in Ukraine. Because I am not comfortable with LGBT leisure, we have in Ukraine, I am not comfortable with music, played in our gay clubs. So, I have dreamed of organizing here a party with a tough music, what everyone would like to visit and what would band people together."

Andrii Khalpakhchi: "We have brought up a very important subject, because from one side the question of queer relates to acknowledgement of sexual orientation, and from other side determines the entire cultural layer, which exists. And we should talk about it, it cannot be ignored. Queer community has contributed much to the culture and has a great influence on it. I remember, when Molodist festival at the time when there was no Sunny Bunny, presented a retrospective screening of Derek Jarman. You cannot image what was going on at the cinema theatre "Budynok Kino!There were so many people who wanted to watch Jarman's films. It is another and separate topic, how cinema can make it clear to a larger society that it is about a culture, which raises deeper and more difficult problems rather than who sleeps with whom. Moreover, it is very beautiful and for sure, it should exist, like some glad rags, in order everyone can feel free. " 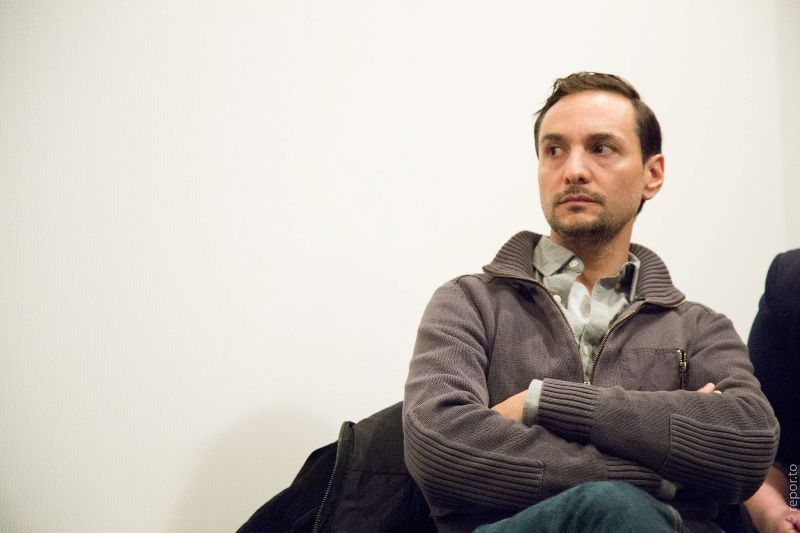 Ivan Madeo: "I like very much the word "queer" itself. Maybe it is because there is rather a similar word, it sounds like "quer" in a German-speaking part of Switzerland where I come from." I do not know whether they share the same etymology, but the word "quer" has a double meaning, that is "to act in the opposite way" and "to move perpendicular". Both meanings have a common semantic component that is "to do something not in one direction". When we talk about queer cinema, for me it is that very "quer cinema" at the same time. Because queer is not just about sexuality or some specific identity, it is about not to follow a tidy path, not to go along with the flow. This is extremely important for me in cinema and in life – not to follow the mainstream, not to limit oneself to simple decisions. Because there is a big range between the option "up" and "down", "black" or "white", and it is necessary to see it. Queer means to me openness to perceive this diversity.

I think the main value of the festival section Sunny Bunny is that it shakes a little bit our consciousness, making us look around and see that there are other views of life, other views of sexuality, and other perception of events happening around."

The article provides fragments of the conversation.

The discussion was moderated by NadiyaChushak, human rights program coordinator of the film festival Docudays UA.

The event was held under the LGBT programme Sunny Bunny of the film festival Molodist supported by the Heinrich B?ll Foundation in Ukraine.