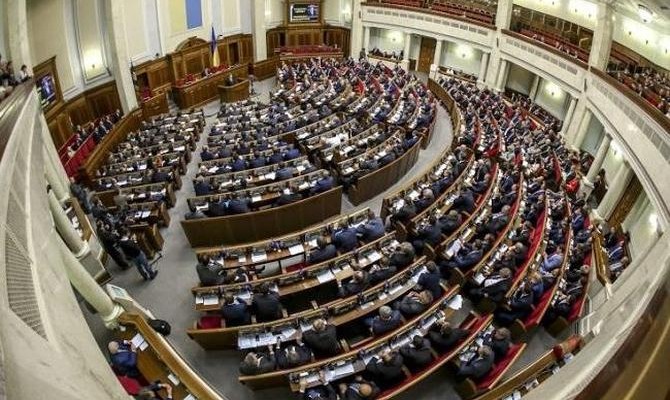 Verkhovna Rada of Ukraine adopted in second reading and as a whole bill 3442 that stipulates for the ban on discrimination on the grounds of sexual orientation and gender identity.

After several trial votes the bill On introducing changes to the Labour Code of Ukraine (regarding the harmonization of legislation in the field of preventing and fighting discrimination with the legislation of European Union) was supported by 234 MPs out of 333 registered in the debating chamber.

This norm is one of the EU demands for giving Ukraine visa-free regime and obligation that our country assumed in frames of execution the Ukraine-European Union Association Agreement program.

According to the law, any discrimination in employment, in particular contravention of the principle of rights and possibilities equality, direct and indirect restriction of the rights of workers depending on their race, skin colour, political, religious and other beliefs, sex, gender identity, sexual orientation, ethnic, social and foreign background, age, state of health, disability, suspected or proved HIV/AIDS,  family and property status, family obligations, place of residence, membership in trade union or other associations of citizens, participation in strikes, appealing or intending to appeal to the court or other legal bodies for rights protection or supporting other workers in their rights protection, language or other characteristics unrelated to the nature of work or its conditions.

These changes in the Code are aimed at harmonization of some of its provisions with EC/78/2000 directive dated November 27, 2000 that determines general framework of equality in the field of employment and professional occupation.

These changes were directly demanded by EU in the 5th report of the European Commission on Ukraine’s compliance with the Action Plan on Visa Liveralization.

Read also: The citizens of Vinnytsia were asked of their attitude towards homosexual people (VIDEO)