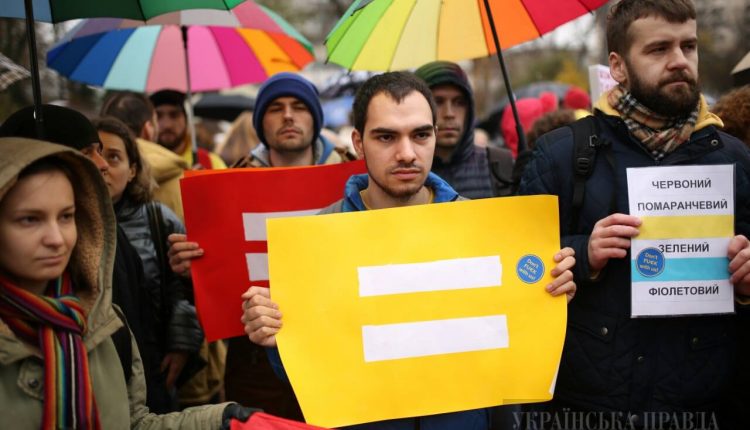 On Thursday, November 12, peaceful protest action demanding to adopt the laws necessary for visa-free regime with EU, including the ban on discrimination on the grounds of sexual orientation in employment took place again. The action started at 9 a.m.

On November 12 Verkhovna Rada was supposed to consider bill 3442 again that had a "trial" vote on Tuesday. This bill suggests amendments about non-discrimination in the current Labour Code.

It means updating the list of characteristics on the Labour Code of Ukraine on the grounds of which discrimination is prohibited with sexual orientation and gender identity among other things.

Besides, later the Parliament was to consider the same amendment to the new Labour Code that was adopted in the first reading on November 5. The Parliament voted against introducing sexual orientation to non-discrimination clause. The second reading of new Labour Code will take place in three weeks according to the parliamentary procedure.
We also emphasize that the participants of the actions demand considering three more laws of "visa-free package" – law on passports, on birth and death certificates on the occupied territory and on immunity of MPs and judges.