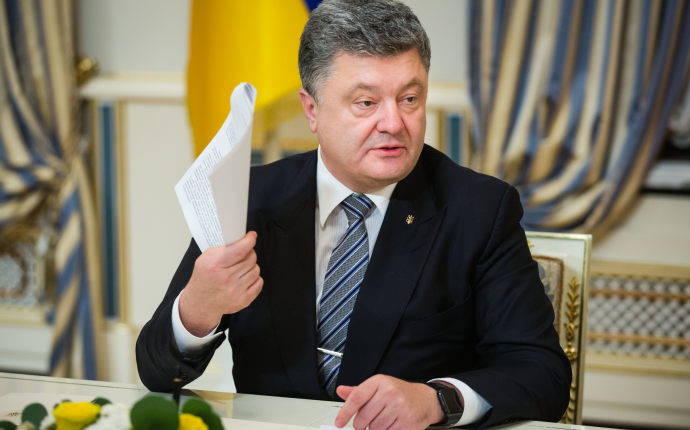 Administration of the President
Ukrainian news

The President of Ukraine Petro Porosheko underlined that he stood for equal rights for all citizens of our country and urged Parliament to adopt non-discrimination amendment to the Labour Code necessary for Ukraine getting visa-free regime with EU as Presidential press-service informed.

"As President, as an Orthodox Christian, as a man who has been married for 31 years already, who loves his wife and 4 children, I stand for preservation of family values traditional for the Ukrainian society. But as guarantor of the Constitution, I am strongly against any discrimination of any Ukrainian," Petro Poroshenko noted during the meeting with the leaders of parliamentary factions on Monday.

The Head of State mentioned that non-discrimination amendment that should be adopted had nothing to do with issues of family and marriage and concerned only working relations.

The President also said that all demands EU had for Ukraine in the field of visa-free regime, were components of the Association agreement.

"I am confident that people's deputies, and not only coalition members, will be wise and responsible enough to vote for the laws directly related to the visa-free regime," he said.

Poroshenko reminded that every MP in action, every coalition member, every representative of the authorities promised Ukrainian citizens to go in pro-European direction and had to keep to the promise.

"The only thing we are doing is the implementation of our promises and commitments. This is it," the Head of State concluded.

Let’s recall that November 5 Rada voted against introducing sexual orientation to the non-discrimination clause of the new Labour Code that was adopted in the first reading.