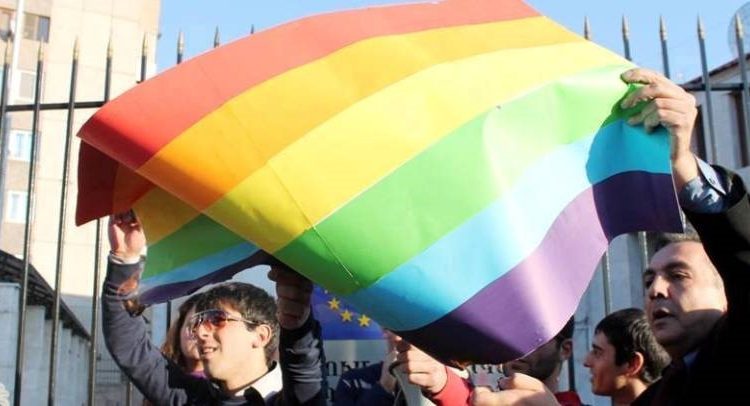 The Armenian initiative group “Let’s unveil homophobic gays” placed a video on the Internet which shows, according to the members of the initiative group, Robert Agaronyan, a well-known homophobe and leader of the “Socialist movement of Armenia” getting to know a guy on a gay dating site.

The video shows two men communicating in a gay chat. One of the men resembles Robert Agaronyan. The communication takes place on the site similar to ChatRoulette: a certain country, and a random stranger to talk.

Agaronyan himself denies his presence in the videoed chat. “It is a fake video. Being a defender of the national values, I have been fighting against the LGBT community since 2013, demanding the preachers of perversion to leave the country, stated the politician in the discussion with NewsBook. ”

The members of the group “Let’s unveil homophobic gays” suspect that Agaronyan and his associates intentionally get acquainted with young people on the Internet, and then make the young people participate in their events, blackmailing to disclose their sexual orientation.

There are more similar stories related to Agaronyan. One and a half months ago the photos of his correspondence with a guy were placed on Facebook. However, after that story he did not stop using homophobic rhetoric, but in opposite it rose to a new level.

On November 6 a protest against LBGT took place in front of the EU office in Yerevan, where Agaronyan burned the rainbow flag as a sign of protest. 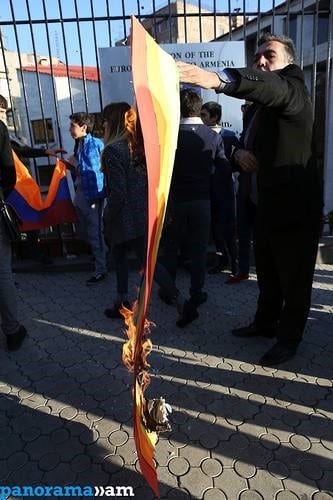 The representatives of the non-governmental organization “PINK Armenia” say that they are in no way connected with the initiate group “Let’s unveil homophobic gays”. They call to refrain from accusing Robert Agaronyan and to be understanding of what happened.

“Being aware of the current vulnerability of Robert Agaronyan, his problematic situation, “PINK Armenia” declares support and is ready to provide with a social and psychological help”, said in the official statement of the organization.