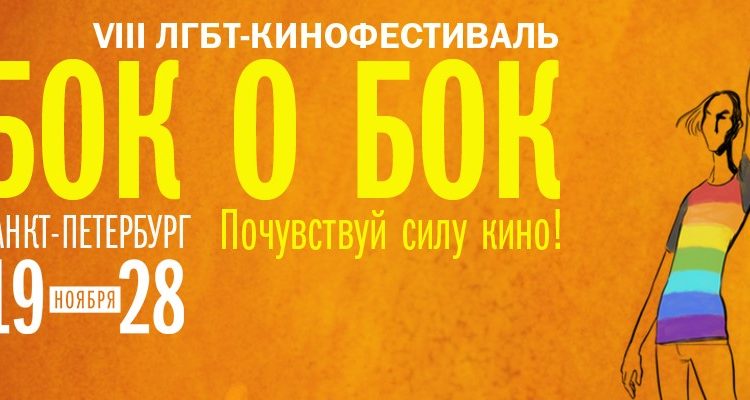 Side by Side
Publications

VIII Side by Side LGBT film festival started on November 19. There are more than 20 LGBT movies from all over the world in the festival program. It will last till November 28.

The opening movie was Peter Greenway film Eisenstein in Guanajuato telling about the affair of the great Russian director with his local guide Palomino Canedo that happened during his visit to Mexica in 1930s.

Such movies as The Pink Triangle and Sounds of Silence telling about the atrocities that homosexuals were exposed to in Nazi concentration camps will be shown during the festival.

Also the audience will see My Name is Michael with James Franko dealing with the problem of homosexuality “treatment”.

Side by Side international festival yearly shows Russia the best works of internationally recognized directors and creats an open culture space for developing dialogue and supporting art that addresses to LGBT topics.

This year the festival got support from consulship of Norway, embassies of Canada and Australia and Goethe Institute in Saint-Petersburg. The sponsors of the event are Bez Zatei souvenir production shop and City Hotel Group hotel chain.

The day before the opening the member of Petersburg Legislative Assembly Vitaliy Milonov called others for not letting Side by Side LGBT festival be held in the city. At the same time Saint-Petersburg human-rights ombudsman Alexander Shyshlov defended the festival.

“Human rights commissioner is to protect the constitutional rights of all citizens including those with non-traditional sexual orientation. If V.V. Milonov doesn’t like it, he has his constitutional right to choose the place of residence,” the ombudsman’s team told.