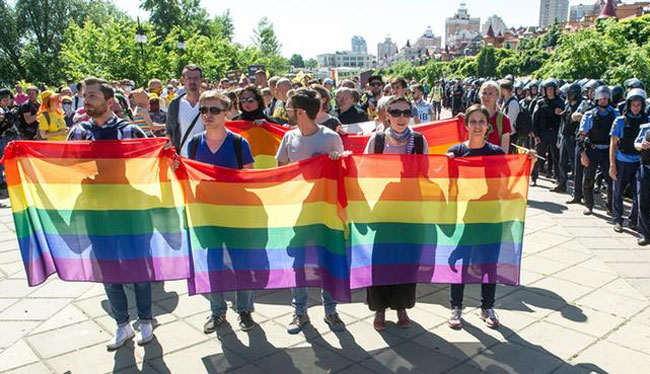 Famous media people told Gay Alliance Ukraine about their participation in Kyiv Pride 2016, change of attitude to LGBT that they see happening in Ukraine in last year and what the politicians should change in their approach to equality issues and the activists  in their way of thinking. 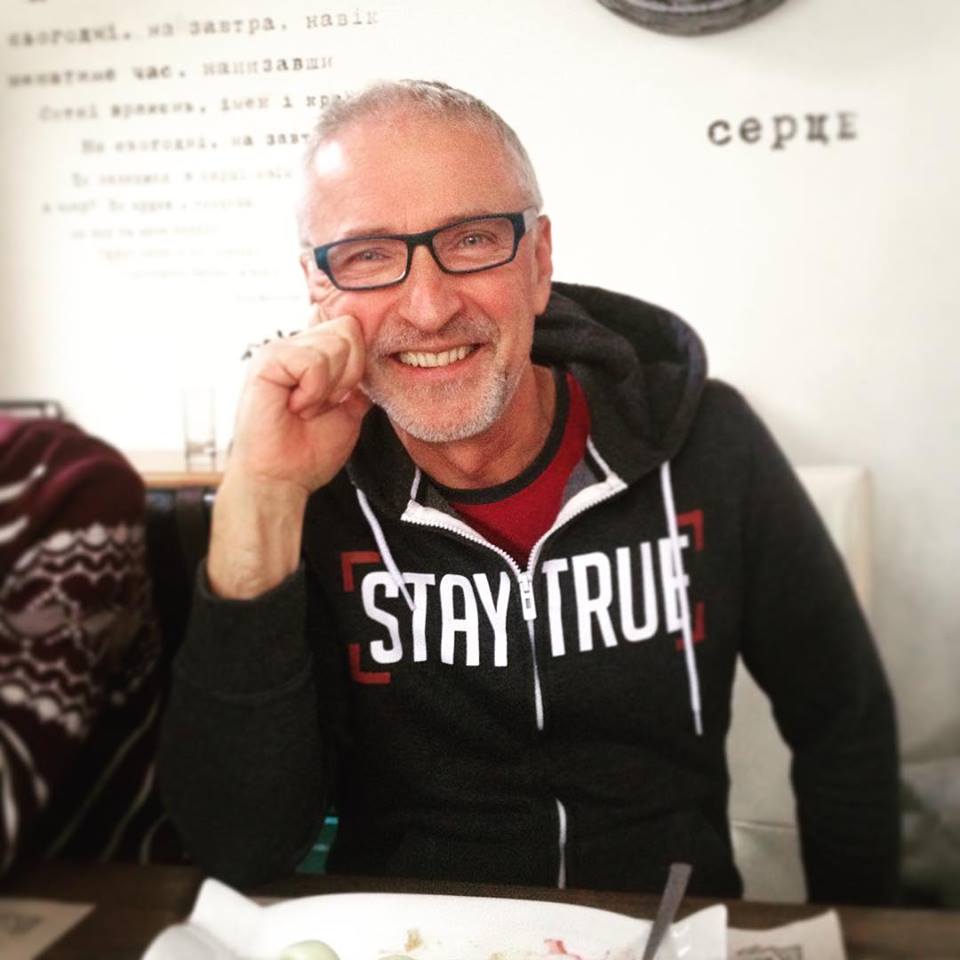 THE ICE BROKE UP. 1+1 channel creative producer Anatolii Yerema assures us that his attitude to LGBT has always been positive and greater attention to the topic in 2015 hasn’t been able to change it. The attitude of Ukrainians in general changes due to the community being more open. “Maybe those changes for the better are not very visible but they shouldn’t be forced. The most important was the fact 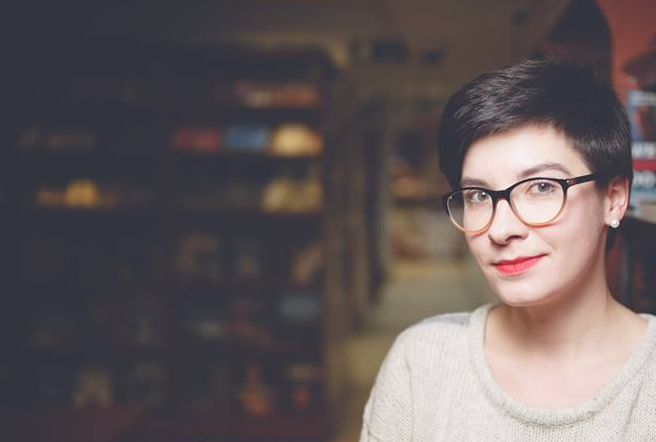 that the ice broke up,” the producer thinks.

“My opinion [regarding LGBT] hadn’t changed because I was always sensitive to the human rights subject. I’m very glad that more attention is paid to human rights protection, the mass-media can improve the situation,” Iryna Slavinska, journalist of Hromadske radio is sure. She points out that comprehensive coverage of LGBT subject must turn people’s attention to other human rights protection issues. “Human rights are above all and this aim should be reached in solidarity.” 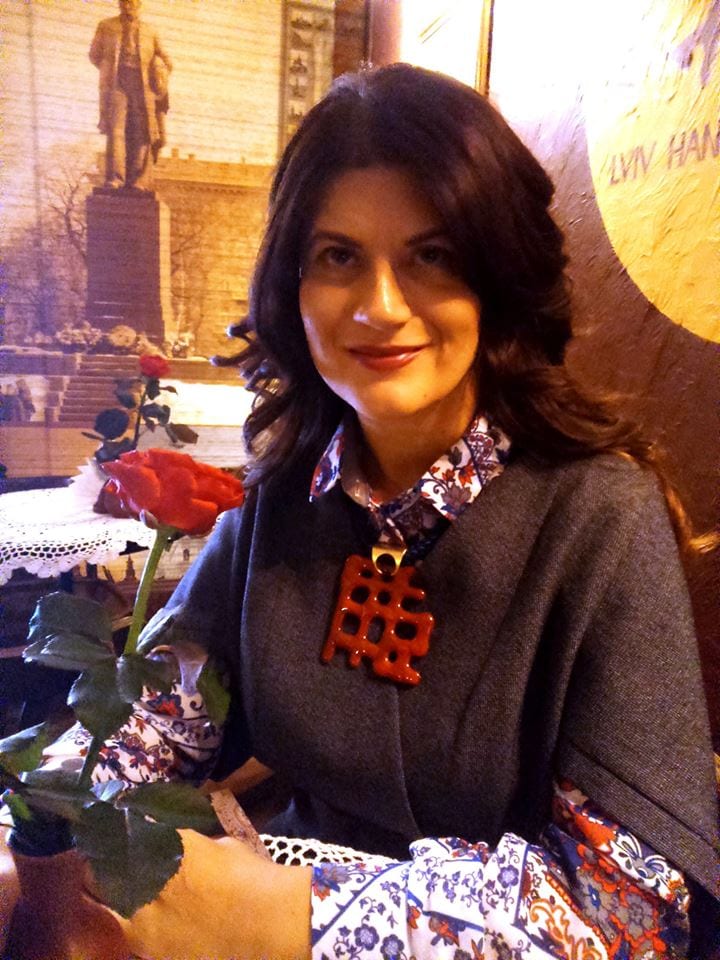 THE ISSUE WAS TAKEN FROM UNDER RAINBOW UMBRELLA. The dj of Hromadske radio and human rights advocate Larysa Denysenko underlined that she always supported LGBT and changing attitude was never needed. “Our task is changing the attitude of the society.” Denysenko added that much more people ready to support equal rights appeared last year: “I don’t know why this has happened, is it fashion, tendency or people change deliberately but in 2015 there are more voices of people who speak for the problems of rights equality and support LGBT community by words and by deeds.” The words of politicians also started sounding differently, Denysenko said. “More public people attend to the issues that have been suppressed and to the topics that are considered to be irritating. New police is taught antidiscrimination disciplines,” human rights advocate points out. “To my mind the community takes the issue of LGBT out of rainbow umbrella for the first time, though the sky is cloudy so far. However we have enough people infected with intolerance.” The dj doesn’t think that mass-media should pay greater attention to LGBT, what is more important is that this attention shouldn’t be “yellow”: “We must discuss social troubles, judicial difficulties, stereotypes that are born of intolerance and phobias and create them at the same time. And I also support the idea of understanding what equality is with real-life examples and stories.” 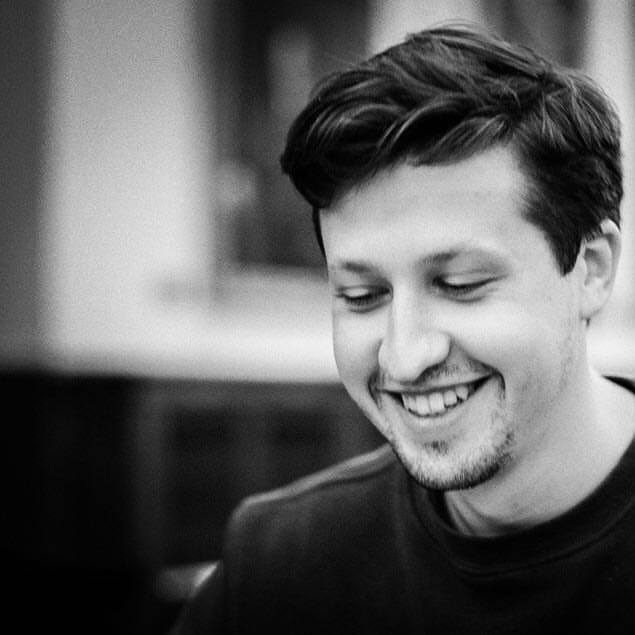 INSTRUMENT OF MANIPULATIONS. The cases of violence to LGBT became more frequent in 2015 and revealed lots of critically important issues concerning the fight for equal civil law rights in Ukraine, supposes co-founder of Hromadske International Maksym Eristavi. “I’m sure that the problem is not growing level of homophobia in the society but political elites not wanting to implement the rule of law and pacify groups of extremists,” the journalist points out.  Politicization of voting for non-discrimination law also showed that Ukrainian politicians decided to use fight for LGBT rights instead of social justice recovery as an instrument of political and voting manipulations, he underlined.

NEW GENERATION. It became obvious during last year that not only impunity of the extremists and political homophobia got in the way of movement protecting equal civic rights, the journalist added: “Pretended efficiency and/or old-fashioned tactics inside Ukrainian LGBT community also are a part of problem.” Eristavi explained that in the current situation personal self-realization and fight for grant financing could become more important than building efficient root units of activism or cooperation with potential allies in the field of legislation. “Despite the double front (inner and outer ones) and the scale of fight for civil rights of LGBT in Ukraine I still believe that the victory is possible and it’s much more real than in neighbouring Russia,” Eristavi reflects. “The revolution of Maydan gave us a unique window for rapid changes including the front of fight for equal civic rights. But currently we, Ukrainian LGBT community, waste this opportunity.” The journalist told that positive aspect was in the fact that fundamental changes in Ukraine in last two years recruited new generation of talented people full of energy who fought for the best future for this country: “The same change in people and ways of thinking is needed for the leaders fighting for equal civic rights.”

NEW STATUS OF THE PROBLEMS. Gay Alliance Ukraine talked with former journalist and current MP from Petro Poroshenko Bloc – Svitlana Zalischuk. Talking of her attitude to the rights of LGBT the MP assures: “I have always been the person of liberal values. Being different have always meant being normal for me, if I can use traditional clichés. But the politician is not only a person of some values. They must implement these values to the legal and social framework.” Zalischuk believes that the status of the LGBT community problems finally changed last year. “I was really surprised last year when I first saw those organized human rights LGBT groups that understood the range of problems really well. And I felt even more united with the people fighting for their rights,” Zalischuk pointed out. “I have a great affection for people asserting their rights. And I believe that we all should understand the importance of it after the Revolution of dignity. Talking about LGBT, last year the status of problems of the community changed, we reached new level and could raise the discussion higher.” 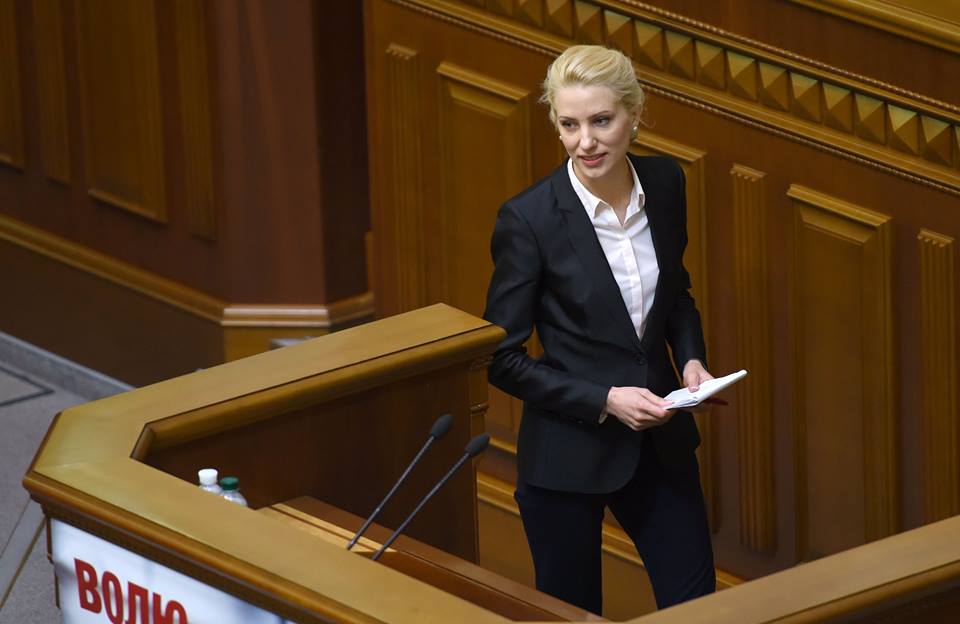 Several aspects helped making discussion more considerable, according to the MP. “First – Kyiv Pride that was supported by lots of journalists and joined by the politicians for the first time. Second – the president saying that every citizen has right to organize such event despite his religious and personal beliefs and even prejudices. So the value of freedom of assembly for the president is more important than his own opinions. And last – the discussion itself got broader. For the first time mass-media discussed the issue they considered awkward and all political forces were involved to it. Yes, they had different opinions as it’s normal for civic society, but the problems of LGBT community couldn’t be hushed up anymore,” the politician is sure.

MORE OPEN. Zalischuk believes that the benefit of events of 2015 is that LGBT community position becomes much more noticeable than before: “The discussion started, we brought up topics that we had been silent about. I think it influences Ukrainian society as we become more tolerant and accept other opinions easier and more freely. LGBT community makes us more tolerant and open.” And this is the European society in itself, she adds: “It’s not only fighting corruption and canceling visas, it concerns universal human values as well. So we are getting closer to Europe through being tolerant and open.”

KYIV PRIDE. All the respondents assured us that they are going to take part in Kyiv Pride 2016 to support the community and to emphasize their position regarding LGBT rights once more. Zalischuk hopes that more MPs will come to the pride. “Hope this year we will be able to engage more politicians in Kyiv Pride 2016. As you know, we have Eurooptimists interfactional community of 27 members in the parliament. But last year many of them felt awkward on the eve of the pride – they did not understand its agenda and did not feel a part of it,” she explained. “But few months after Kyiv pride 2015 they embraced the issues they did not understand before. I see different level of LGBT community support even among the politicians now.”

It would be great to see more support of LGBT rights in mass media and in the politis this year. It would not be bad for those politicians who “embraced the issues” after Kyiv Pride 2015 to be more open to the community. But there is still time so we hope and wait.

I am gay. I have been in the ATO zone. I have seen death. And I am a patriot of my country