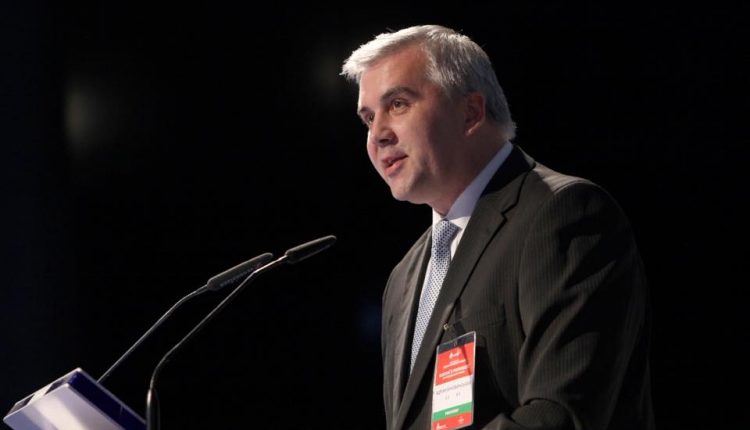 Please, meet Adrian Bukovynskyi – an “expert” on family relationships, the candidate of philosophical sciences, the author of the book “What is necessary to know BEFORE founding a family” and different programmes about the components of the family happiness, the president of the Ukrainian charity fund Family and the role model.

“We have got a lot of work to help people to build happy families and be effective parents. God’s blessing and wisdom of the Ukrainian people offer hope for the success. That’s why I invite everybody to become co-creators of the developments in this field!”, Bukovynskyi wrote(ua) on Facebook after his appointment.

The news about the introduction of the post of the Government Plenipotentiary for Family by the Cabinet of Ministers isn’t a surprise. The Chairman of the Parliament Volodymyr Groysman stated earlier that such post could be possible in the future. “We have just talked to the Prime Minister, and it is obvious that we need to affirm family values. I think, a commissioner for family matters and family values can be in the government”, Groysman announced on November 12 during the voting on the amendment to the Labour code prohibiting discrimination against LGBT in employment.

Bukovynskyi also spoke about the need for such a post from the rostrum of the Verkhovna Rada. His speech to the Parliament in that regard took place on June 17, 2015. In his speech Family policy of Ukraine — purposes and tasks a future government official expressed also his view about national family policy, which, let’s say, disquiets.

According to Bukovynskyi, a Ukrainian family is in a disastrous state, and it can’t go on like that because “society doesn’t have any future without an intact family.” The purpose of the family policy is to build and support “a morally healthy and happy Ukrainian family”. As necessary measures, Bukovynskyi proposed to develop and approve family life education programmes and to implement them at the educational institutions and social establishments involving representatives of the churches and religious organizations. And besides, the “expert” deems it necessary to fully promote “traditional family values”.

Moreover, Bukovynskyi descends to post(ua) on his Facebook page links to anti-European screeds of the site “Banderivets”, which belongs to the ultra-radical nationalist organization Trident. He seems to share their ideology.

Bukovynskyi shares also ultra-homophobic views of the Ukrainian radicals. Three years ago, he spoke out that gay culture led to the destruction of the world and lobbied for the law on prohibition of so-called “gay propaganda”. 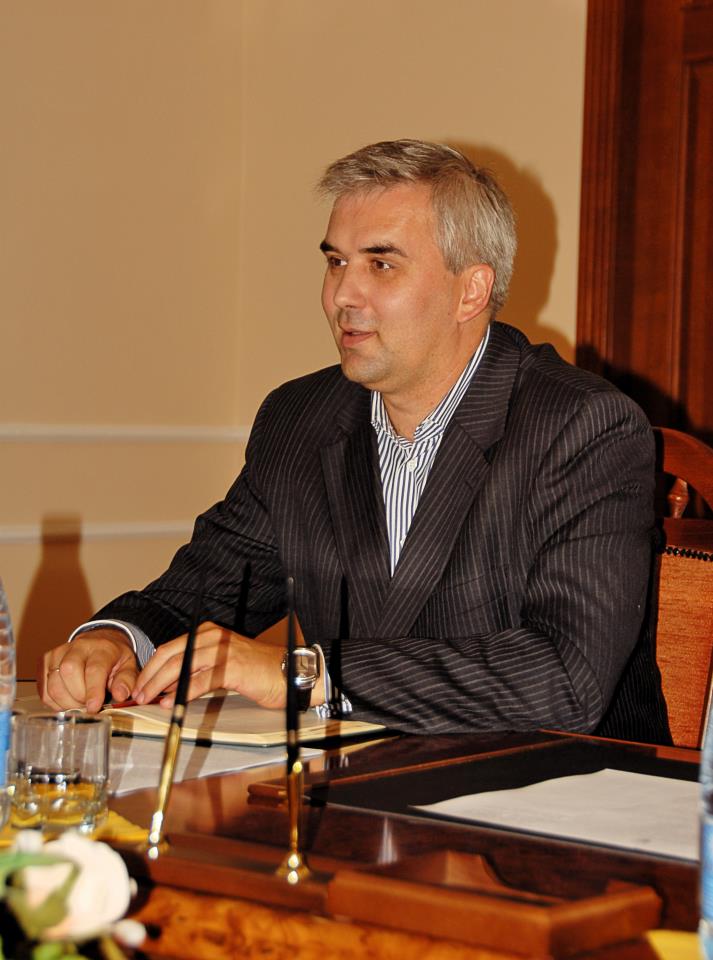 “Anti-norms are imposed on the society. We are being prepared for their adoption. The society is expected to change its view on these issues. Now, at this point, we are debating the rights of gays and lesbians. But we should talk about the other characters of the gender spectrum – paedophiles, necrophiles, zoophiles, etc. All they are the links of the same chain. […] They also claim “otherness”. Then there will be a complete picture of the community, which should be legalized, as it is step by step successfully done in the countries of the European Union. There is a campaign underway aimed at shifting emphasis. There is a proposal to change a perspective. The society of the same-sex couples. What is its future? The answer is obvious! Gay culture leads to the destruction of the world“, Bukovynskyi expressed his concern at the press conference Summit Ukraine – EU: Is there rapprochement with Europe without a gay propaganda in Ukraine, which took place in 2013.

At that time Bukovynskyi was absolutely sure to represent and maintain the attitude of the overwhelming majority of the citizens. Together with Pavlo Ungurian, Ruslan Kukharchuk and Bohdan Beniuk he promoted the bill no. 8711 on prohibiting so-called “gay propaganda”, which was adopted by the parliament of Ukraine in the first reading in 2012. Later it was rejected and withdrawn from the Verkhovna Rada. However, the document is still on the official website of the parliament. 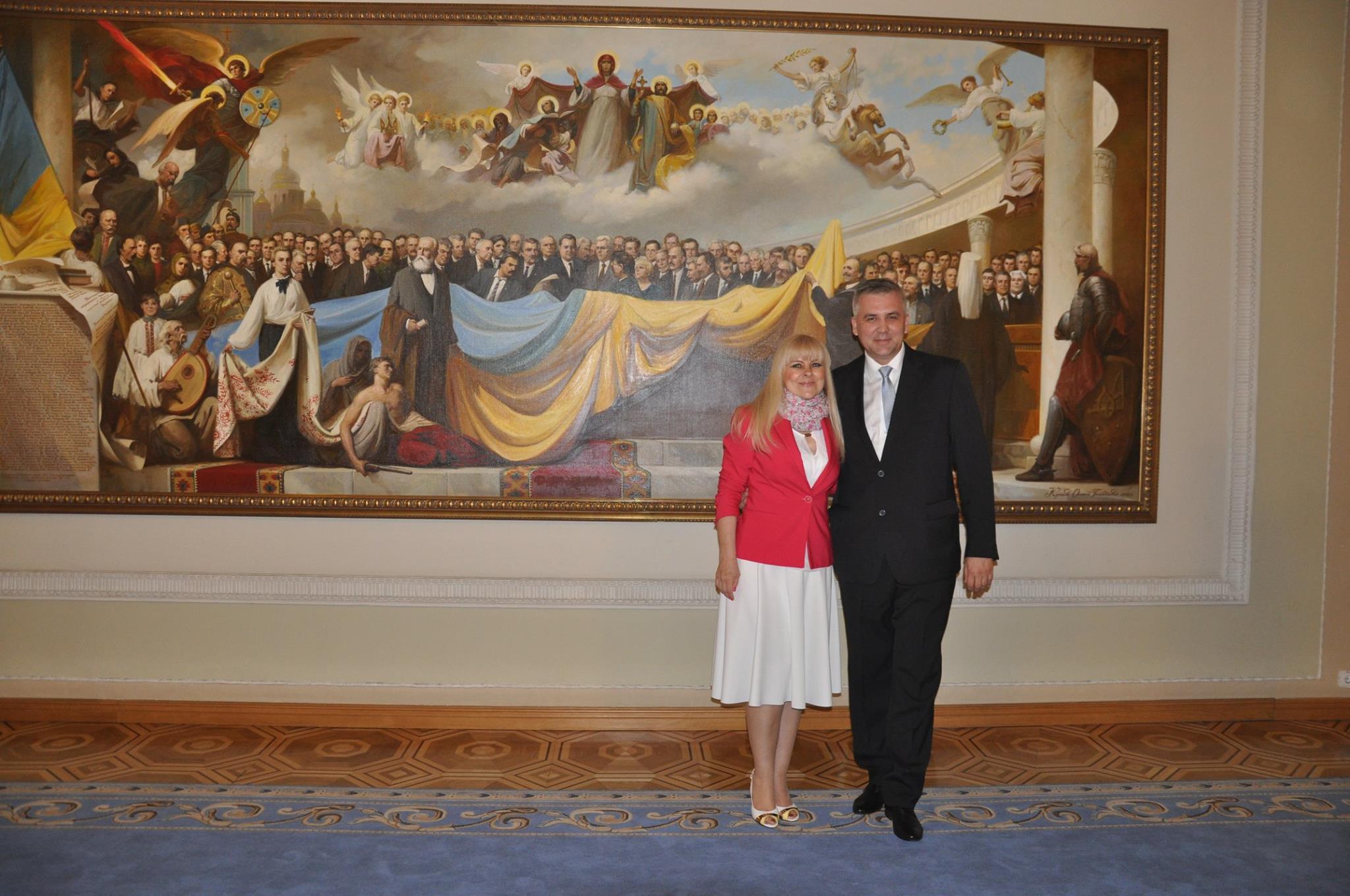 I wonder, how soon we will hear again that “gay propaganda” should be prohibited in Ukraine because it clearly harms the state family policy and the Ukrainian traditional values. The question seems to be rhetorical.

By the way, while writing the article, it became known that the Cabinet of Ministers backed off and stated that Adrian Bukovynskyi hasn’t taken office as the Government Plenipotentiary for Family yet. Now the background check is being conducted on him.

“Prime Minister of Ukraine Arseniy Yatsenyuk has instructed to conduct an open competition for the Government Plenipotentiary for Family, involving scientists, representatives of voluntary human rights and religious organizations, Ministers and other authorities. The relevant decision will be considered shortly in the Government meeting”, Minister of the Cabinet of Ministers Hanna Onyschenko informed(ua).