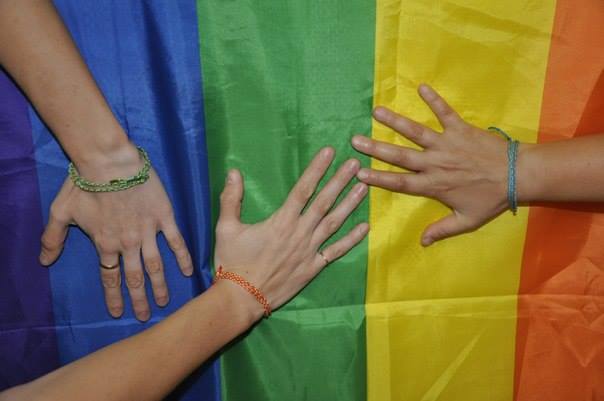 Early Thursday morning some unknown robbed Queer Home Odesa at 83 Staroportofrankivska str. The villains broke a windowpane of the community center, got inside, took laptop and DVD-player and some money.

The alarm went off at 6.11 a.m. as Queer Home Odesa coordinator Maria Loboda told Gay Alliance Ukraine. And the criminals were fast as the security officers came at 6.15 a.m.

“We called 102 [police] at 6.44 a.m. for a crime scene investigation team and patrol but we waited for couple of hours,” Maria told. “We called them a few times again but there was silence and only at 9.34 a.m. ordinary patrol came. They looked over the premises called [102] once more for a team and left. Crime scene investigation team was there at 11.22! They explained that there was only one group for a district and three more robberies took place that night and we had called during the shift change…”

Read also: LGBT activists were beaten up in Odesa; the homophobes said that it was a “good deed”

Loboda said that the investigators took fingerprints and collected evidence. “They were amused by the community centre name as they didn’t understand it, and were curious about our posters. They didn’t even know the word “gay” or abbreviation LGBT and were reading aloud to each other the text «When you decide to become heterosexual». We explained that it was a joke. But in general the investigation team was quite polite,” Maria said.

Read also: What is the price of beating a person up: about homophobia, statistics and violence against LGBT

Primorskyi department of the National Police in Odesa confirmed the robbery of Gay Alliance Ukraine as well as the investigation group long absence. “We had three robberies in the district that night and also a body was found on Knyazheska street, so the group had to go to all places one after another and they got to you when they could,” explained Anastasiia Yakubenko, chief inspector of the Primorskyi department. “Criminal proceedings were open upon the robbery according to the part 3 of Article 185 of the Criminal Code.” Still the police admits that it won’t be easy finding the criminals because there are no video materials helping to identify them. And the robbers could go far, taking into account how slow the police was. “They could have already sold the stolen and not once,” Queer Home Odesa coordinator said. The criminals can be sentenced to 3-6 years in jail.