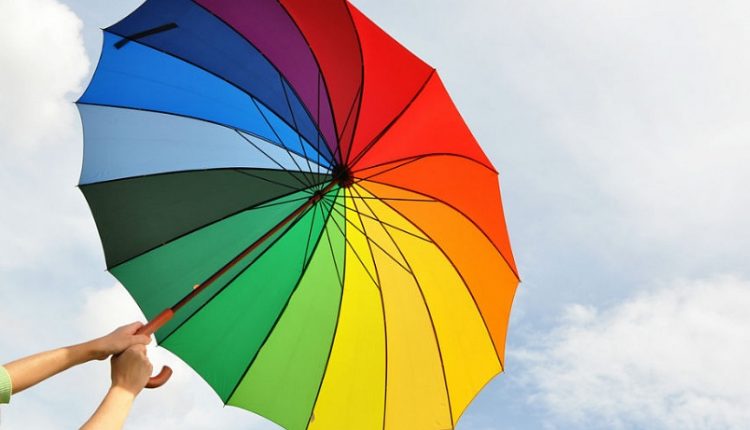 The Ukrainian LGBT community has raised the topic of hate crimes for a number of years. However, our gallant police don’t see fit to collect the correct statistics. For example, only one (!) homophobic hate crime has been included in the Unified Register of Pre-Trial Investigations for the entire year 2015. As a matter of fact, the National police points out that eight hate crimes committed against people because of their sexual orientation are instituted (nevertheless homophobic motive is documented as… probable, – Author). The agency promises to make improvements: there has been established a contact point regarding hate crimes. So far it pools already provided statistics, but the law enforcement agency promises to adopt methods used by their colleagues from the Western countries. We shall see. And now let’s get back to the figures.

“MINOR BODILY INJURY”. The case in Odesa illustrates where such a strange statistics comes from. In the morning on February 28, two LGBT activists were beaten up in the city centre on their way home from a nightclub. So, the Main Department of National Police in Odesa region confirmed to Gay Alliance Ukraine that Igor Zakharchenko and Mykyta Pidvysotskyi were beaten up on Sunday at 4 a.m. It stated, however, that there was no record of a homophobic motive in the criminal proceeding.

Read also: LGBT activists were beaten up in Odesa; the homophobes said that it was a “good deed” (ru)

“Criminal proceeding is instituted under paragraph 1 of the article 125 of the Criminal Code (intended minor bodily injury), the investigation is underway. The Prymorskyi police division of MDNP in Odesa has been carrying out the investigation”, said Andrii Kostiuk, the head of the communication unit of MDNP in Odesa region. The chief inspector of the Prymorskyi police division Anastasiia Yakubenko added that the activists were attacked by 23- year-old and 19-year-old young men: “The victims were returning from a nightclub and met two citizens of Odesa at the intersection of Yekaterynivska and Puschkinska streets, with whom they had a conflict. The young men beat up Zakharchenko and Pidvysotskyi. There are records of traumatic brain injuries, nose bone fracture and cut on the upper lip.” According to Yakubenko, the assailants were drunk.

However, the culprits… are at large. As the chief inspector explained, on Sunday evening they were detained and questioned – and released under travel restrictions: “the case will be brought before the court soon.”  The investigation would be carried out quickly as the evidence was collected, including surveillance footage, she assured.

Answering the question of Gay Alliance Ukraine, whether the homophobic motive would be considered in the investigation, Yakubenko said, “The case is being considered as a conflict, a drunken brawl so far. Maybe, new facts will come to light at trial. The detained persons told to the investigator that they had just a conflict.”

As we already informed, citing the victims, as the police arrived, the attackers boasted about beating up the “fags. They apparently changed their story later. By the way, according to the paragraph 1 of the article 125, the culprits who told before, they wouldn’t mind to pay a fine for such a “good deed”, face a fine up to… 850 hryvnia. They can also face a community service for a term up to 200 hours, or correctional labour for a term up to one year (as a matter of fact, 10-20% of the convicted person’s salary goes to the state budget during  the  year – Author). So, it isn’t too expensive to break somebody’s nose or split the lip, and the state can make money out of it. Just awesome.

IS IT CRUEL?  “NOT REALLY…” That’s not the only nice news, which illustrates the problems with the statistics and the treatment of similar crimes. We also have learned that there wasn’t any new characterization of the offence in the case of the murder on the grounds of homophobia that was committed on the night of 11 December 2015 in Odesa 2015.

In other words, the proceeding goes on under the paragraph 1 of the article 115 (murder). The article 161 (hate crimes) wasn’t considered in the case. To our knowledge, however, the culprit admitted the hate motive. Neither was it changed to paragraph 2 of the article 115 (murder committed with special brutality). Then again, the number of the stab wounds suggests that the investigators could think about it. The murderer faces imprisonment for a term from 7 to 15 years. According to Kostiuk, the case file hasn’t been brought to the court yet.

These two examples say a lot. On the one hand, there is a question, how the nature of the offence is determined according to the level of brutality and a caused harm. On the other hand, the hate crimes, in particular, because of homophobia, aren’t included in the statistics intentionally. Maybe, not to make everything worse. But it doesn’t make it any better. We would urge the new National Police Human Rights Protection Office to help to ensure that we all stop denying the situation and start fighting for the real decline in hate crimes, and not for the “nice” reports for management.