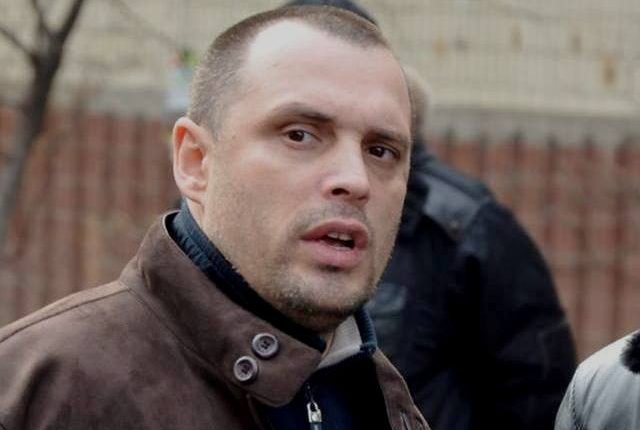 The next court session in the case of assault on the Equality March participants took place on March 4 in Obolon district court. Our journalist was there.

During the session the prosecutor read out the bill of indictment saying that the accused violated public order without reason for the purpose of clear disrespect of the society and with particular impudence. The crime was committed by a group of persons with objects prepared beforehand for a physical assault. They set fire to incendiary devices and threw them in law enforcers who were on duty maintaining public order due to the Equality March and preventing their violent actions that resulted in explosions.

Read also: Declaration of the organizations protecting rights of the Ukrainians among LGBT (ru)

The actions of the accused were a real threat for life and health of the law enforcers as well as participants of the Equality March and other citizens, the document stated.

The accused are charged with hooliganism of a group of people with resistance to the authorities in duty status (part 3 of Article 296 of the Criminal Code of Ukraine). According to the charge, they can be imprisoned for 2-5 years.

Read also: What is the price of beating a person up: about homophobia, statistics and violence against LGBT (ru)

The accused refused to admit their fault and agreed to give evidence only after the prosecution evidence would be presented in court.

The court took into consideration the demands of the accused and decided to try a case to the full extent: with examination of prejudicial inquiry materials and interrogation of victims, witnesses and the accused themselves.

It’s worth mentioning that the OSCE and UN observers were present on the court session. The next session in the case of assault on the Equality March will take place on March 18.

As we’ve already mentioned in other news the accused are members of the Right Sector 26-year-old Oleksii Protokovylo, 41-year-old Danylo Dashevskyi, 21-year-old Kyrylo Viliamovskyi and 38-year-old Vitalii Kyrylchuk. It is the only one of the March assault criminal proceedings that got to the court.

LGBT activists organized some campaigns demanding the guilty in assaulting the Equality March to be justly punished. LGBT community keeps watching the legal proceedings and strives for investigation of all cases connected with the attacks on the Equality March of 2015.

Let’s recall that on June 6 homophobic radicals attacked the Equality March procession. The nationalists pulverized tear-gas to the crowd and threw explosive sticks pumped with metal objects. Later the tough guys went safari for the participants of the March coming home. The radicals’ actions resulted in 9 activists and 11 law enforcers injured, one of them was hurt severely.