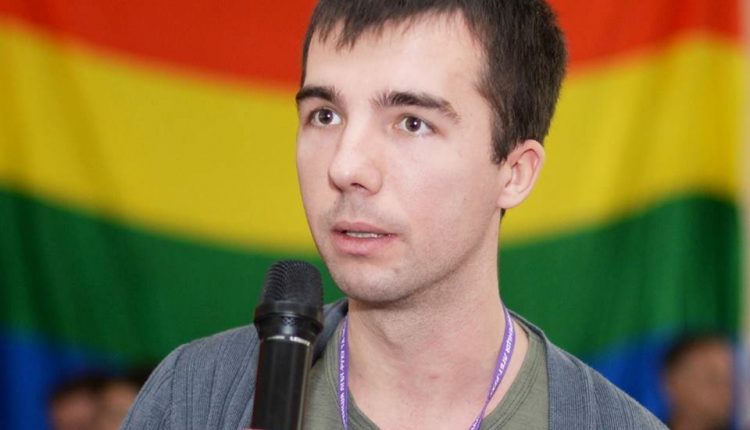 Georgii Slishchuk, an openly gay and activist of Gay Alliance Ukraine became the head of the Young Scientist Council at the Plant Breeding and Genetic Institute. It is an elective position, which includes the participation in the Academic Council of the institute with a right to vote.

“I am particularly encouraged and enthusiastic about the great responsibility lying on my shoulders – to be the head of the Young Scientist Council of our institute. I sincerely hope to do a good job and to enhance the level of our scientific life of youth during my 5-year term”, Georgii Slishchuk said to Gay Alliance Ukraine.

Please note that the Plant Breeding and Genetic Institute is the leading institution of the Ukrainian agricultural science. According to Slishchuk, he has never experienced a biased attitude in his alma mater because of being an openly gay and activist. 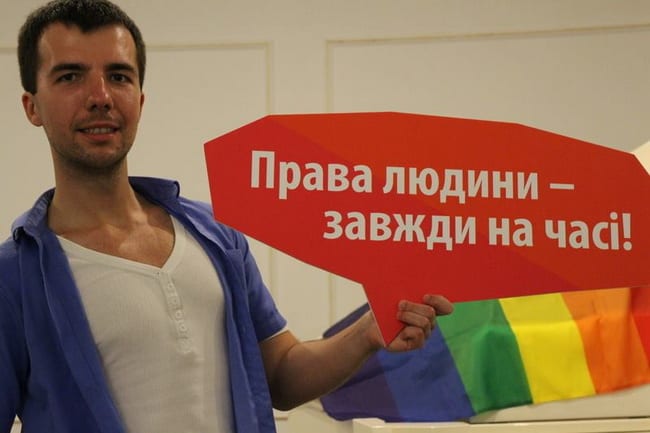 “Everybody knows about me in the institute. I haven’t faced a biased attitude. Nobody treats me less favourably because of my orientation. I don’t know, how it is in the other institutes, but our people are intelligent and tolerant. Maybe, because we – biologists, genetic scientists know it if any man does and we prove that homosexuality is a norm, but not a pathology; that orientation is an innate characteristic, which can’t be changed, and consequently, people shouldn’t be discriminated against on the grounds of sexual orientation”, activist tells.

Georgii Slishchuk is actively involved in the civil movement for the equal rights for everyone regardless of sexual orientation and gender identity. He is a co-coordinator of Odesa LGBT community centre Queer Home, where he delivers lectures about genetics and modern scientific views on homosexuality. His lectures have been very well received. Georgii regularly participates in the activities against discrimination of LGBT. Besides, he is a character in the campaign We Exist aimed at raising the visibility of LGBT in society. Georgii shared his personal coming out story, its full version can be read on our website(ru).

Read also: Activists of the We Exist initiative made video supporting coming out (VIDEO) (ru)

Slishchuk states, his life has changed completely after the coming out. He felt freer. “My life after the coming out became much more pleasant and comfortable. I started enjoying it. I haven’t been at a professional standstill anymore. And finally, I have completed and defended my thesis”, Georgii said.

The young man is sure that “to be oneself is happiness”, and openness is necessary for the society – “for us to become visible, to have rights”.

Slishchuk is optimistic about the situation with LGBT rights in Ukraine and its future: “Yes, there is discrimination, both the LGBT people and the activists are beaten up here. These crimes go unpunished. But, I believe, if we are open, if we all together fight for our equality, then soon the LGBT rights will be fully respected in Ukraine, and we can be on a par with civilized countries. Euromaidan has showed after all that people of Ukraine are freedom-loving, they want a change for the better and are ready to fight for it. So, we LGBT people should become more visible to defy stereotypes and move further to our full recognition.”