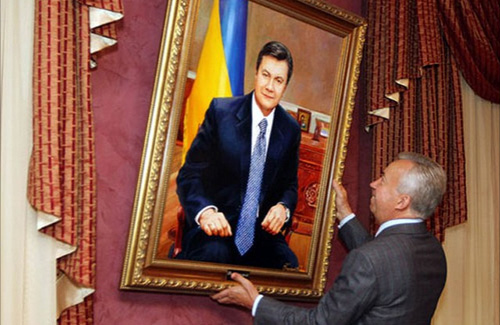 On January 28th, 2014 Verkhovna Rada of Ukraine cancelled  dictatorship laws of a "black Thursday". In particular 9 out of 12 laws adopted voting "by hand" and intended to substantially limit constitutional rights and freedoms of Ukrainians were abolished.

Let us recall that due to the infamous "package of laws by Oleynik-Kolesnichenko" it was suggested, among other things, to harden restrictions on holding of mass actions and to implement criminal liability for the so-called "extremist" activities, under which even the activities of our website could be implied, to introduce criminal liability for libel and to provide strict regulations for mass media activities, to endow civil society organizations that receive funds from abroad with the status of "foreign agent", to prohibit traffic in a vehicle convoy of more than five cars etc. This law package became the last straw in the history of peaceful standoff on EuroMaidan and provoked forceful resistance on Hrushevskoho Street, which quickly spread and still spreading all over Ukraine.

Also on this day the other equally important event happened. Ukrainian Prime Minister Mykola Azarov voluntary resigned. "In order to create additional opportunities for socio-political compromise, for the sake of a peaceful settlement of the conflict, I have made a personal decision to ask the Ukrainian President to accept my resignation from the post of Ukrainian Prime Minister", – said Mr. Azarov in his statement. Viktor Yanukovich accepted resignation of Mr. Azarov. Pursuant to the Constitution of Ukraine, the Cabinet of Ministers of Ukraine was dismissed along together with Mr. Azarov. Ukraine's first deputy Prime Minister Serhiy Arbuzov will take over as acting Prime Minister, Azarov's spokesman Mykola Lukyanenko said.

Both these events – links of one chain, or to be more precise – those concession made by the authorities for the sake of "a peaceful conflict resolution".  And even though the events are coming along with the protestors' demands, many people got the impression that Mr. Yanukovich once again offered "glass beads" to Ukrainians.

"Replacing Azarov with Lukash, Arbuzov, or as some say, on Poroshenko under President Yanukovych won't make any significant changes", – wrote Yulia Tymoshenko's lawyer Serhiy Vlasenko on his facebook page. The leader of the oppositional "UDAR" party Vitali Klitschko in his conversation with journalists also stated that the resignation of the President Yanukovych would be the logical step in the current situation.

Journalist Mustafa Nayem is also skeptical of government concessions. "About our "victory", just to remeber. Five persons killed. Dozens of missing persons. Hundreds of protesters injured and arrested and not a single punished law enforcement officer. Basically nothing changed. But now, Viktor Yanukovych also has hostages", – wrote  Mustafa on his facebook page.

In favor of all these views, for instance, is the fact that right after the dictatorship laws were cancelled the representative of the Party of Regions Vadym Kolesnichenko introduced a draft law to the Parliament on the NGOs receiving funds from abroad. Corresponding draft law No.4041 was registered at Verkhovna Rada of Ukraine on January 28th. There is no text of the draft law on the Parliament's website yet, but it was submitted for consideration of the control bodies. In other words, just the same as the law on "foreign agents" was cancelled, it can be easily adopted again.

Indicative in this context is the conversation with journalists of a Party Of Regions representative Anna Herman, who suggested to "forgive each other everything" and "start with a clean sheet". On the question of journalists "Who will raise people killed?" Herman cynically replied: "The Second Coming of the Lord!"