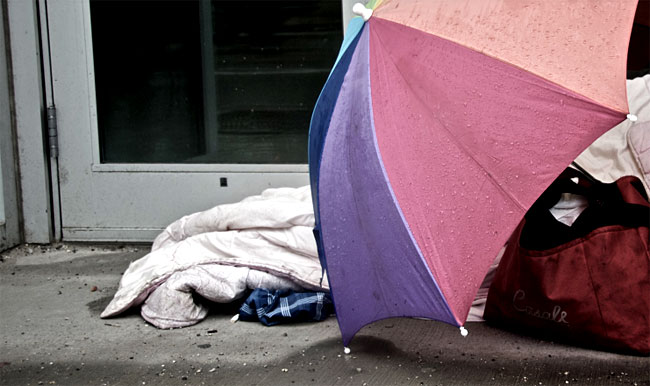 There is no need to preach about the hell, if it reflects in your eyes

The parents continue to throw their gay children out of the homes even in the most prosperous countries, not to mention those countries, where homosexuality is considered as a sin, a vice, and where there is no any legislative protection for the LGBT. The journalists have repeatedly written about such cases telling the stories from the US, Nigeria and Uganda. It is good if a young person thrown out of the home by own family is lucky to find friends, help and support in the shelters for the homeless LGBT youth, which operate in many American big cities. Unfortunately, very few have such an opportunity because of the extent of the phenomenon.

Another case has happened in the US recently. This case differs from the myriad of similar cases because it was recorded. Now everyone can see at first hand, what evil the parents can impart on the child refusing to accept him because he does not fit into any “generally accepted standards”. Of course, it has not been without the religion.

A 20-year-old Daniel Pierce has survived a face-to-face confrontation with his family having recorded everything with his phone camera. Later he posted the video online as “how not to react when your child tells you he is gay.”

The video has gone viral. We also decided not to stay away from it. We cannot promise a vivid picture. You even will not see any faces. Nevertheless, a cold shiver running down your spine is guaranteed, especially in the end.

You will hear the voices of Daniel’s mother, his step-mother (appears to be his father’s second wife) and the father himself. His mother is the first to speak. Trying to stay calm, she contradicts herself. First, she states, “I have known since you were a young boy that you were gay”. However, it did not convince her that homosexuality is a characteristic that can’t be acquired. The woman tells to her 20-year-old son that the “God hasn’t created anyone that way” and to be gay is “his personal choice”. Then the mother tells Daniel the family would not support him anymore; he would need to find a place to live and fend for himself. Daniel promises to leave and the family would not ever see him again.

Approximately, in the fourth minute the adults start to shout, calling him “full of shit”, and start to beat him screaming “son of the bitch”.

After having watched it, the American LGBT activist, blogger, business person and the main thing – a father Rob Watson has written an open letter to Daniel’s parents. See it below.

You have handled this badly. I don’t know you, and I don’t know of what you are capable, good or bad. I hope that there are better people within each one of you than those displayed on that video.

I am a parent as you are. For me, contributing to my sons’ welfare, personal joy and life success is my purpose and mission in this world. I hope that somehow in your own warped way, that you want that for Daniel. I have written to children killed by parents who feared they might grow up as gay, and I can’t be sure those aren’t individuals who share your mindset.

To Daniel’s dad: I hear great frustration of not being thanked for having provided the food and “roof over the head” of a child for twenty years.

Accomplishing that is no small feat- I have two sons, 11 and 12, and I provide for them. I have to. I will not get thanked for it. It’s cool, it is the gig I signed up for. Part of being a parent is being your child’s oxygen. They need us to survive, but they do not thank us as they take each breath. We just have to provide for them, because being a parent means you do that.

We seek to inspire our children to be the best they can be, and to do that, we have to know who they are. You all now know Daniel.

Choice is relevant here, but not for Daniel. It is for you. You are choosing only to accept him if he is as you want him to be, rather than who he really is. Instead of embracing this child that you nurtured through life, you cling to a bastardized concept of “the word of God” that has turned a religious practice into an exercise of superstition.

Where exactly you get this religious mandate is itself a mystery. The Bible does not define itself as being “the word of God”. It defines Jesus, and Jesus alone as being “The Word”. Jesus never once claims that gay people choose to be gay. The Bible directs us to the covenant of God, under Jesus, as written on one’s own HEART and HIS MIND (Hebrews 8).

I believe that Daniel DID ask God, and God wrote back on Daniel’s heart and mind, “I made you gay.” God generally does not cc others so, you getting a copy of that directive is unlikely. That is what the Bible says and you can choose to believe it if you want. 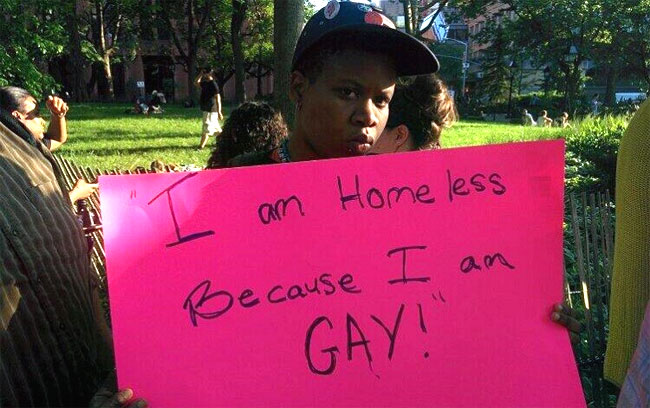 To Daniel’s Mom: At the beginning of the recording you tell him you love him. He says he believes you. I don’t believe you.

For me, my sons come first—before my dogma, before my standing in the local community, before anything. If I was Abraham in the desert and Jason and Jesse were strapped to a stone slab, and a big voice in the sky was telling me to make a sacrifice of them to Him, I would turn to the heavens and say “Screw you.”

That’s how monumental my kids are to me—they are beyond biblical proportions of importance. All the real parents I know feel the same about their kids.

Daniel has very little choice here. He is who he is, and now thanks to your rejection, he will do what he has to in order to survive.

Our community will come around him, love him support him. He will be our son now and we will give him healthy alternatives. Many in his situation do not get that chance. They end up on the street and within weeks are surviving through less than savory means.

We will watch Daniel, and encourage him to grow. We will give him hope for his life, and a vision for an inspiring purpose. That purpose for him may or may not include a family of his own. We will show him how to find joy and fulfillment, and he will do it without you. Unlike you, we will let him know he can be his authentic true self.

Your choices are important ones that will affect the rest of your lives. Rejecting is a choice. Not caring for Daniel is a choice. Saving your face in the community over the well being of your son is a choice. What is your best possible choice? That would be a sincere re-evaluation of your priorities, bringing him home, and working towards a level of acceptance. Whatever you choose, it will define you forever. You will either be defined as the people who worked to grow as parents, or the people who should never have been parents in the first place.

If you do have any love in you at all, it will fester and one day you will find yourself sitting upright in bed, having a better educated sense about the nature of the true God, and realize that you have made a horrific and terrible mistake. One that, at that point, you may not be able to fix.

You may truly be cold loveless shells. Certainly, it appears that one or more of you deserves to be in jail right now for assault. Instead of looking for healing, you may launch into a further tirade of homophobia and tell us about the vengeful God that you emulate.

You will not need to preach to us about hell, however. We will see it in your eyes.