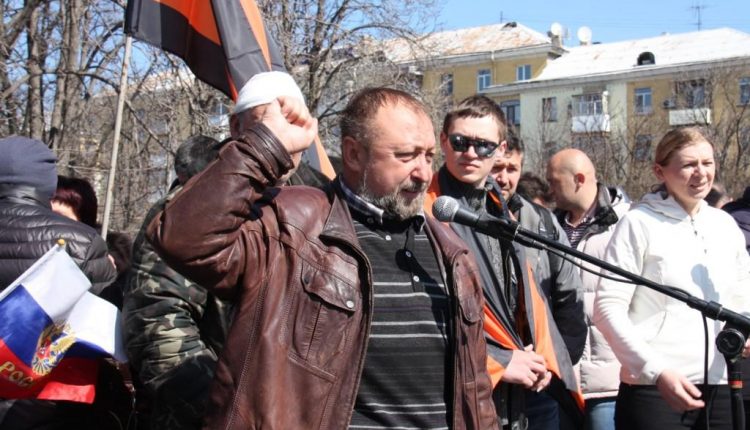 So-called "Parliament’s deputies" of the self-proclaimed "Lugansk People's Republic" adopted "a law", which envisages "criminal liability for homosexuality" by imprisonment for up to five years. It was reported by the website of the terrorists "Russian Spring" with a reference to pro-Ukrainian journalist Vsevolod Filimonenko.

"On September 26 in Lugansk was held another session of the LPR Parliament. Strange people in the audience, who call themselves MPs, voted by raising a hand for ensuring the rights of the inhabitants of the People's Republic, protection of their cultural, religious and moral values", – wrote Filimonenko on his Facebook page .

"In order to implement this initiative effectively, the MP of the people’s gathering with a surname Khokhlov, introduced for consideration a draft law "on protection of the Christian traditions of the people of LPR from corrupting influence of the enemy's customs in such states as Ukraine, the European Union, Canada and the United States,"- said in the journalist’s message.

Communist Yuriy Khokhlov – a former member of the Regional Council, who switched sides to the self-proclaimed "Lugansk People's Republic". According to Tyzhden.ua, Khokhlov is one of the organizers of the anti-constitutional rebellion in Lugansk region and the main agitators of military confrontation. During the entire spring, he regularly appeared on anti-Ukrainian demonstrations together with one of the field commanders of LPR, the leader of the battalion "Ghost" Alexei Mozgovoi, participated in the organization of illegal "referendum" on May 11 and later took part in an armed conflict with Ukrainian law enforcers.

It is remarkable that mentioned in "the law" death penalty has long been abolished both in Ukraine and Russia. An article on criminal liability for homosexuality is also absent in the legislation of both countries.