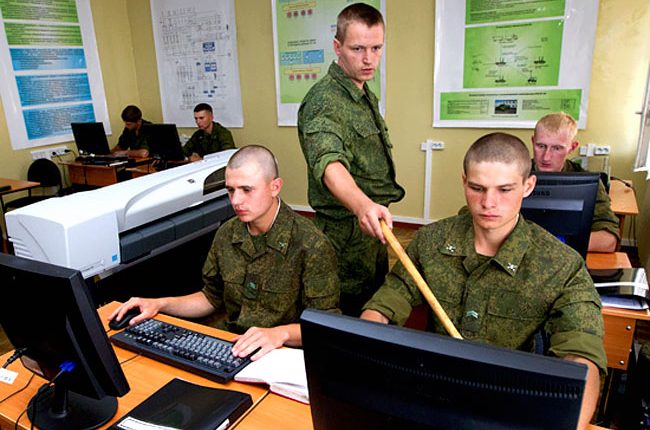 The command of the Southern Military District of the Ministry of Defense of the Russian Federation will make a transfer of new equipment in the Crimea for the Black Sea Fleet. However it is not only about military equipment…

According to the Internet edition "Vesti" from Russia to the peninsula are being driven polygraphs (lie detectors), BTR-80 equipped with broadcasting stations and АWP MP – Automated workplace for military psychologist. The newspaper didn't have information about all the details yet, however its correspondent was assured that "the equipment will be there soon".

Psychologist Ruslan Novikov explains: "That very АWP MP is "Multipsychometer". I should say these devices are used for several areas: military used by law enforcement officers and railway workers. Devices help to identify psychological deviations and have a few basic functions".

"So that you could understand, – continues Novikov. – Three soldiers went on reconnaissance being incompatible with each other. And one of them shot the others from a tommy-gun and disappeared. With this set of devices can be created groups that will be psychologically compatible, which could help to prevent such situations".
According to Novikov, military equipment that will be soon brought to the Crimea will be also able to detect various "deviant forms of behavior": "For example, alcoholism, smoking, drug addiction or anti-social behaviors of any form". And also – will eliminate gays.

"In the Russian Federation there has long been a "safari for homosexuals" – writes the newspaper. – In an all-male environment, which the Russian army is now, a homosexual would feel like a wolf in a sheepfold. Therefore they are being identified by using the polygraph since the psychological tests are not able to detect such a person with a 100% guarantee, as, basically, they are also not able to identify military law violators and those who "a godsend for a spy".

And BTR-80 equipped with broadcasting stations is, most likely, to be used to conduct propaganda work, namely – to inculcate love for the Motherland.

Let us recall that recently in the Russian State Duma MPs started talking on how to legislatively prohibit gay people to serve in the army so they couldn't molest fellow soldiers.