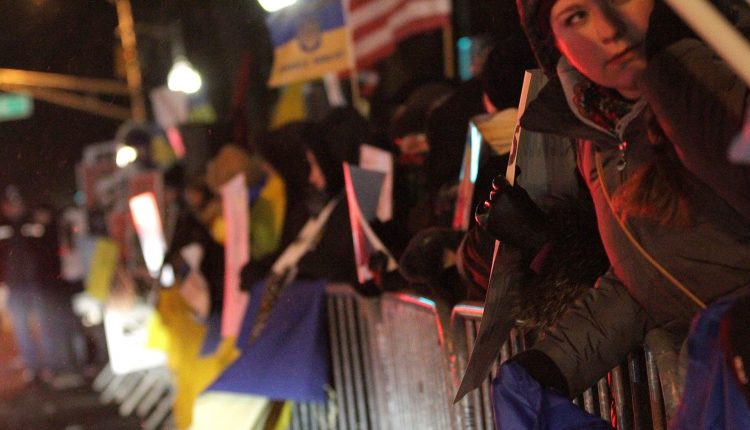 Ukrainian activists, as it was promised earlier, held demonstrations in front of the Carnegie Hall in New York during the performance of the Mariinsky orchestra under Valery Gergiev, and also at the Metropolitan Opera, where opera diva Anna Netrebko was singing. It was reported by Dailyrecord.

They were joined by activists of the LGBT movement. The first protested because Gergiev supported Putin's annexation of the Crimea, and Netrebko became famous throughout the internet by posing with the "DPR" flag in the company of Oleg Tsarev. LGBT movement activists have been picketing performances of this couple for a while — ever since Gergiev made a speech about “propaganda of homosexuality”. In September 2013 they interrupted "Eugene Onegin" opera by Tchaikovsky at the Metropolitan Opera, when Gergiev stood at the conductor's podium and Netrebko sang from the stage.

Protestors were waving Ukrainian flags and chanted "Putin is a terrorist!" and "Gergiev, go back to Russia!".

Earlier Gergiev claimed that the lawmaking of Elena Mizulina is not homophobic at all – he even said that the law "does not have anything to do with gays". “This law is in no way against gay people. It has nothing to do with gays at all. It’s only about the propaganda in schools and only about what is called “non-traditional”. I do not understand all of this”, — as quoted Gergiev by the Finnish newspaper “Helsingin Sanomat”.

LGBT Hotline: How does counselling work?