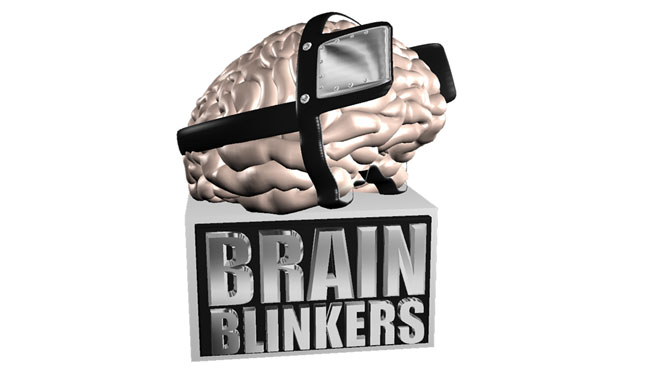 On November 16, the International Day for Tolerance, the Coalition for Combating Discrimination in Ukraine (CCD) published the names of people and organizations that most grossly violated the principles of equality and non-discrimination during the year. The winners got special “prize” for their discrimination activity – the blinkers (symbolizing their narrow-mindedness and tunnel vision).

This year 13 nominees became candidates for the title of main discriminators, including city administration and administrative court of Odesa (for resistance to having Equality March during OdesaPride 2015) and re-elected Kyiv Mayor Vitali Klichko (for urging to cancel Equality March).

The winner of “Real Sh.”nomination was Uzhgorod’s ex-Mayor and aqua park owner Serhii Ratushniak. The administration of the aqua park recurrently refuse the visit to some people on the grounds of their racial or ethnic background. Ratushniak himself claims that he “cares of health of the city citizens” through not admitting “syphilitic and tubercular gypsies of this region and the whole world” to the property.

Volodymyr Spilnychenko, the executive director of NSC Olimpiyskiy, won two awards, in “My Tongue Is My Enemy” and “Choice of the Young” nominations. He proposed to create a separate sector for the black viewers. The idea came after the scandal with the fight which occurred because of racial hatred. When the journalist asked him “You think that this was provocation, so maybe they [black people] should not go to the stadiums? Or separate sector should be created for them?” Spilnychenko supported this idea eagerly, saying that this would be “the good option for racism prevention”.

The blinkers and diploma for “Discrimination-In-Law” will be sent to Volodymyr Groisman as the speaker of Verkovna Rada that deprived internally displaced people of their right to vote.
Thevote for non-discrimination clause and statements of some politicians about this process would be reasons for anti-award nomination next year, as the panel of judges told answering the journalists’ question regarding recent events in Rada.

The press-conference was organized by the Human Rights Information Centre in cooperation with the Coalition for Combating Discrimination in Ukraine, supported by European Union and International Renaissance Foundation.