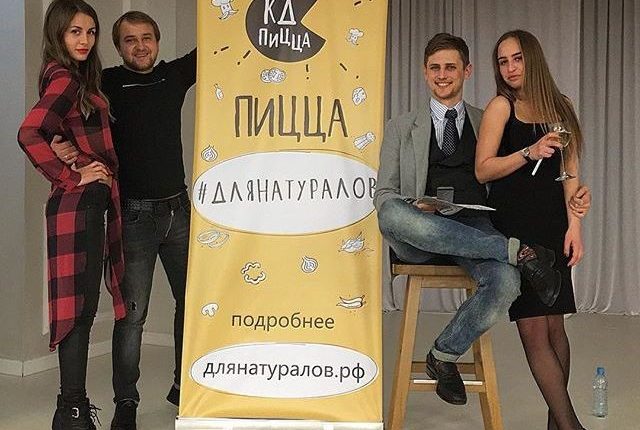 The brand shared range of posters in the social networks claiming that its production was for “right” people only. Similar outdoor advertising will appear in the city in the near future.

One of the posters has the cover of Out American LGBT magazine  with photo of US President Barack Obama. “Not our ally, not our icon, not our hero, not our client,” says KDpizza slogan, appealing to gay magazine calling Obama Ally of the Year. 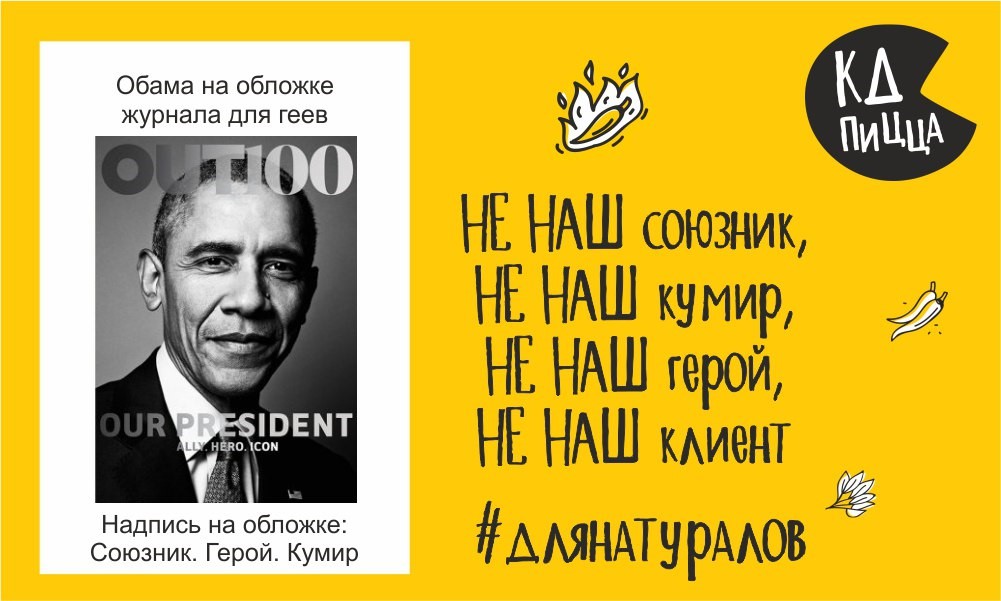 The other poster claims that “straight” pizza has no genetically modified products.

“Our company decided to target people with traditional sexual orientation, not a single our poster infringed on sexual minority rights, we just emphasized that we were oriented towards the straight. Talking about the Obama poster, he is in fact not our ally, not our icon and not our hero and client as well. Indeed, we are for the straight,” the company explained its position.

Read also: How Barilla failed with its pasta

“We emphasize that we are not against homosexuals but we are for the straight. Gays can have their magazines and it’s OK, and we decide to target the straight and make our pizza and woks for them.” 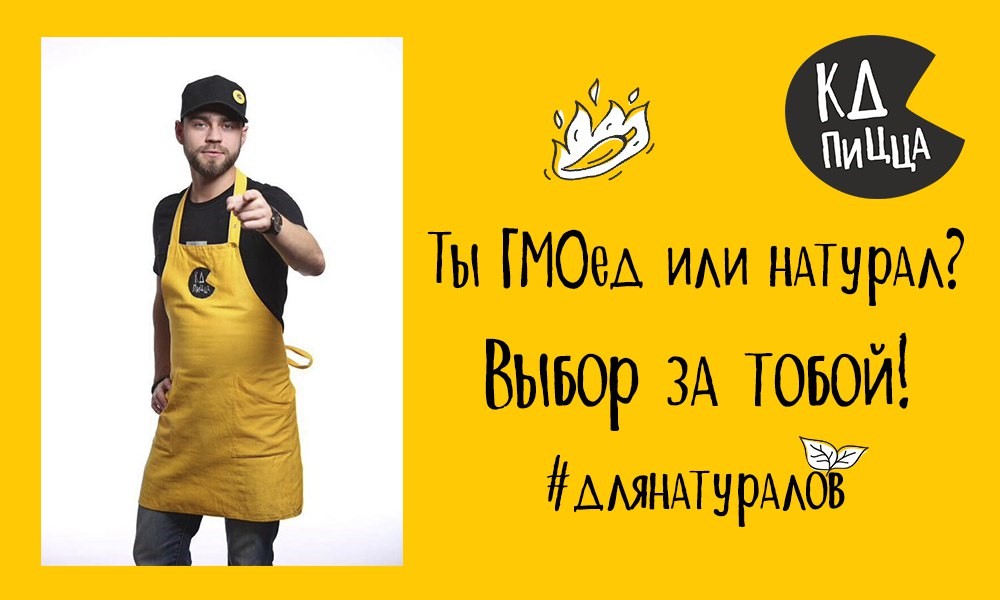 Are you GM-eater or straight? The choice is yours! #forthestraight

A lot of users were indignant with such creative ideas of pizza makers.

“It sounds like Americans in the 70s: we are not against niggers but go to your Africa, we won’t service you!” one of them wrote. 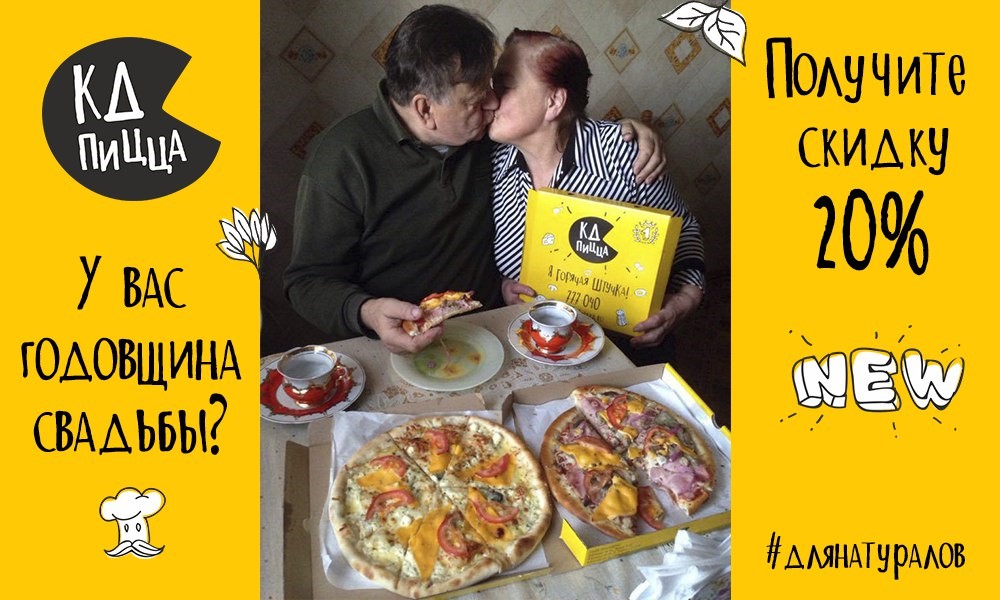 Is it your wedding anniversary? Get 20% off. #forthestraight