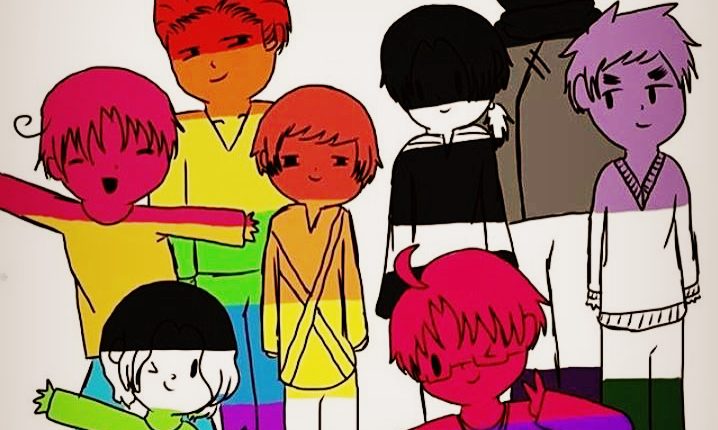 Equality Festival is put in jeopardy: it’s already been called “gay parade” and accused of being pro-Kremlin provocation

Politicians and city authorities stand in a way of Equality Festival in Lviv. The festival planned to be held on March 19-20 is put at jeopardy. After the program of the festival was announced, people started complaining and demanding that the Lviv Mayor Andrii Sadovyi banned the events and LGBT-quest planned for March 19 in particular.

The members of Svoboda were the first to address Sadovyi claiming that “the main goal of the event is propaganda and popularization of anti-Christian sex perversions among the young people of Lviv under the aegis of fighting discrimination and demanding the legalization of same-sex marriages in Ukraine.”

PO Varta Rukhu also published their statement calling the festival pro-Kremlin provocation and demanding that Andrii Sadovyi go to the court with a lawsuit for banning the Equality Festival in Lviv.

The organizers of the festival PO Insight plan to make LGBT quest a walking tour around the places that have connections with LGBT and the ideas of equality and freedom. The festival itself is the ground for uniting culture, creativeness and social activism. “This is a space and discussion platform for different identities. We sincerely want to make the Equality Festival the annual event in Ukraine uniting people in their diversity in fight against prejudice and discrimination,” the organizers of the festival say.

On March 14 the administration of Muzei Idei (The Museum of Ideas) cultural space refused to provide the premises for the Equality Festival because of threats. “We addressed the administration for the official comments but had no response,” Insight informs. They specify that the opponents of the event call the festival “gay parade”.

“We are sure that having such Festival will be the act of Kremlin hybrid war against Ukraine. It is obvious that the event will cause great revolt in Lviv community that can most probably lead to the large-scale violations of the public order and the hostile forces will use it in their propaganda. In particular, the clashes in Lviv on the eve of the nationwide referendum that is held in Netherlands on the question of association of Ukraine and EU will be covered by anti-Ukrainian propaganda as radical homophobia and used for opposing the further rapprochement of Ukraine and EU,” the NRU statement says.

Verkhovna Rada assured that they reacted on the attempt to sabotage the festival. The authorities promise to contribute to the opportunity to have the event, says Aksana Filipishina, the Parliamentary Ombudsman. But local MPs believe that the festival is “an unprecedented provocation against Lviv people mostly belonging to the monotheistic confessions.”