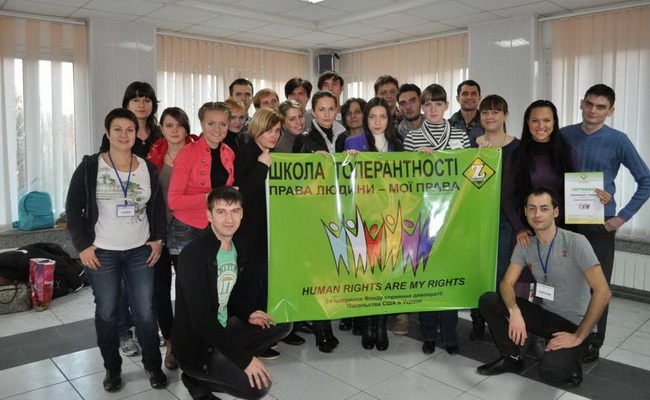 School of Tolerance Regarding LGBT Issues training for journalists will take place in Zaporizhia. Journalists in a lot of ways form the media space where all of us live. That is why LGBT community really cares about their knowledge of sexual orientation and gender identity, the terms and understanding of how important tolerance is for the society.

School of Tolerance Regarding LGBT Issues training will be held on April 15-17 and is aimed at journalists and senior students of the Journalism Department of higher education establishments. The theoretical part of the training will give basic information on LGBT, stereotypes in regard to LGBT, role of the media in image-building of homosexual and transgender people, problem of homophobia and hate speech in the media and also on academic views on homosexuality and transgender. Some practical tasks for the participants of the training will help them to master their skills of professional writing concerning sexual orientation and gender identity.

In order to participate in the training you have to fill in the form of registration. The applications are accepted till April 6. The training is organized by the Gender Zed regional charity foundation and Union of Young Independent Journalists public organization supported by the Memory, Responsibility, Future German Foundation.

Equality Festival is put in jeopardy: it’s already been called “gay parade” and accused of being pro-Kremlin provocation