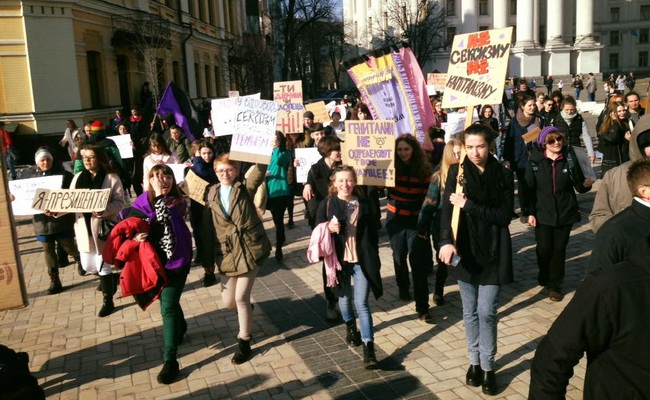 March in Kyiv had the motto Flowers for Flowerbeds, Rights for Women and was accompanied by the sound of drums of samba band Rhythms of Opposition.  The march went from Lvivska square to Sofiivska square. The activists insisted on reframing the holiday of March 8, talked of seeing it not as the day of “beauty and femininity” but as international day of fighting for women’s rights. There were lots of rainbow and trans-banners, posters about feminism, equality of rights and inadmissibility of violence against women. 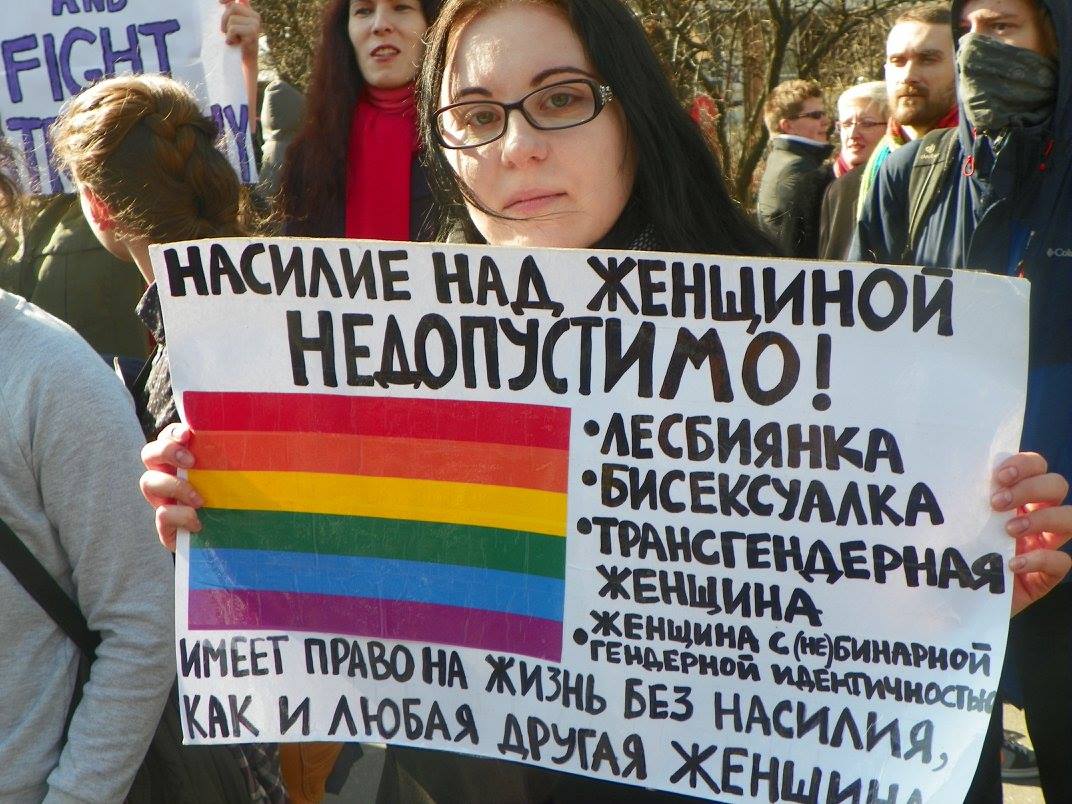 Poster says: Violence against a woman is inadmissible! A lesbian, a bisexual woman, a transgender woman, a woman with (non)binary gender identity has a right for life without violence like any other woman.

After the march the followers of Respublika (Republic) party participating in the march told that they were assaulted in a café. “Some young men came to us, covering their faces. They started asking in blunt terms whether we went on the march and whether we supported feminists. When both questions were answered affirmatively, they started daring us for aggression and as they didn’t succeed, they started a fight.” Despite the fact that participants of the march were outnumbered, they were able to defend themselves. They turned to the police to open criminal proceedings and bringing the attackers to responsibility.

In Kharkiv March of Women Solidarity Against Violence started on Pavlivska square (ex-Rosa Luxemburg square). The activists had banners calling for the fight for women’s rights. “We went through the Kharkiv centre without nationalist slogans but calling for respecting human rights in regard to women. In the very heart of the city, surrounded by shops and flowers we told of the trouble with violence against women! Of our solidarity in the inadmissibility of violence!” one of the march organizers Anna Sharygina wrote. 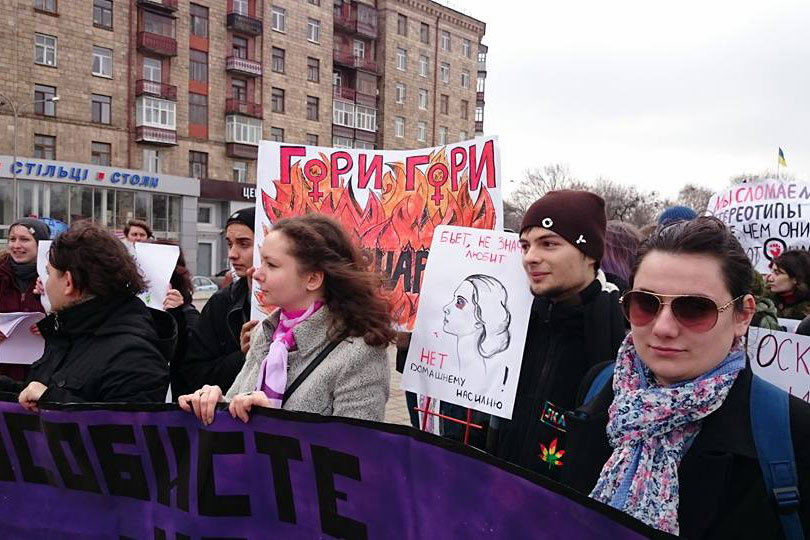 Poster says: if he beats you, it doesn’t mean he loves you. No to domestic violence!

Let’s recall that Kharkiv march was held in frames of Women solidarity week – the series of events dedicated to the gender inequality in Ukraine and development of the women movement for their rights and freedoms.