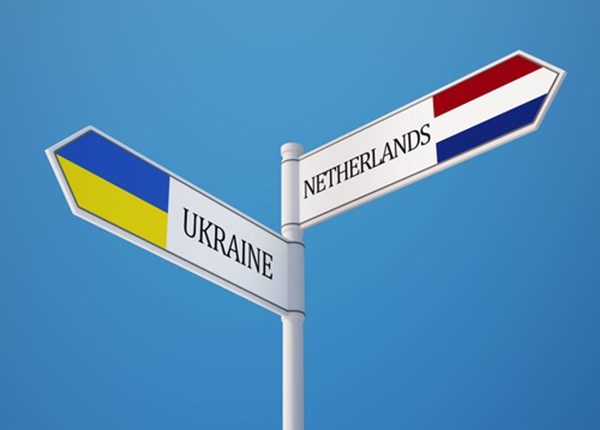 The referendum in the Netherlands: low voters turnout and not the best outcome for Ukraine

The preliminary results of the Netherlands referendum on Ukraine-European Union Association are negative and the voters turnout makes it valid. Let’s recall that on April 6 the consultative referendum on Ukraine-European Union Association Agreement took place in the Netherlands. GAU already wrote that not only Ukrainian politicians urged the Dutch to vote for the Association but also LGBT community members. The Netherlands LGBT community also agitated for the expanding the cooperation of our country with EU, as well as their leading mass-media. Hashtag voting was also launched in Twitter the voting day and it had more favourable results than the forecasts.

Nevertheless, preliminary results of the referendum given by the IPSOS scientific-research bureau of the Netherlands through NOS TV channel website are disappointing. Voters turnout was 32.1% and most of the Dutch participating in the referendum voted against Association of Ukraine and EU. 61.1% gave negative answer and 38.1% gave positive one for the question: “Are you for or against ratification of the Ukraine-European Union Association Agreement?”The rest of voting bulletins were rejected. A margin of error is 3%. Final results will be announced on April 12. It’s worth mentioning that bad weather influenced the turnout, as it was raining heavily in many cities of the country. Many Dutch citizens voted against ratification of the agreement assuming that it’s all about Ukraine joining EU. Local “Euroskeptics” had an active campaign on the eve of the referendum, convincing people to say “no”.

Netherlands are the last country to decide upon the Agreement on extending cooperation between Ukraine and European Union. As the turnout exceeds 30%, the government of the country has to respond to the results of the referendum. Still final decision is to be made by the government. Despite Russian media and “Euroskeptics” claiming that Dutch may denounce the Agreement of association with Ukraine, they cannot do it. First, the document has entered into force and is implemented in large part. Second, the authorities of the Netherlands also supported the document. Last year the parliament of the Netherlands ratified it, The House of Representatives did it in April, the Senate – in July and then the decision was signed by the king Willem-Alexander.

Last steps, mostly formal ones, were left to the government. But now the results of the referendum will become the subject of internal trade of the Dutch with EU. Moreover, the fact of such voting is the problem that European Union has to deal with, not Ukraine, though it’s rather unpleasant for our public image as well. The Ministry of Foreign Affairs of Ukraine assured that the negative result would be of no destructive impact for us before the voting stations opened. The government of the Netherlands is to decide what it should do with the results of the referendum, as the Dmytro Kuleba, Special Envoy of Ukraine's Foreign Ministry pointed out. After the preliminary results of the vote the diplomat added that if the Dutch refuse to finish the ratification process, it would be the precedent without decision. Such result will be the victory of the “Euroskeptics” and, expectedly, Russia.

The Foreign Affairs Ministry of the Netherlands called Ukrainians for patience. Bert Koenders, the Minister, explained that ratification could not go the way it would go if there was no referendum: “This is a political fact, the majority voted against it. We need some serious approach to this issue. But we are not alone, we will work together with our European partners, with Ukraine.” If the worst forecast gets real, the unfortunate results of the Netherlands referendum will open the door for a huge continental crisis, as the European Commission President Jean-Claude Juncker claims.

Ukrainian LGBT community took active part in the campaign of agitation supporting Ukrainian issue. So the Council of LGBT organizations of Ukraine addressed the Dutch asking for support of the Ukraine–European Union Association Agreement. Ukrainian activists made a video, telling the Dutch what extending cooperation of our country and EU brings each of them personally. Dutch community created RainbowVote special website enlisting the advantages of voting for. Also bike marathon from Hague to Amsterdam took place with the motto “Say YES!”