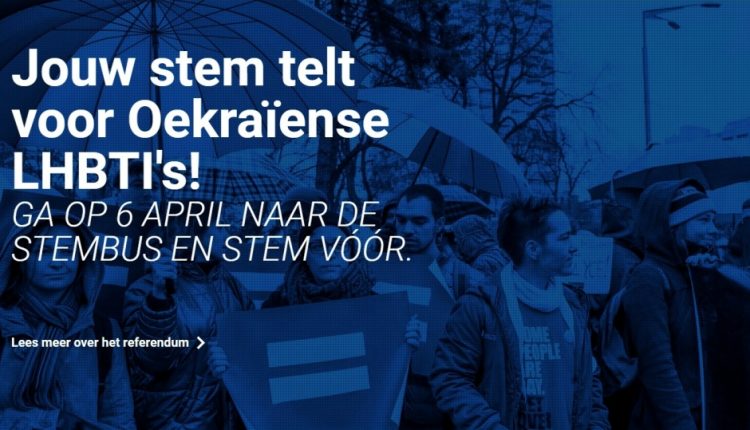 On April 6 the referendum in Netherlands took place with the citizens giving their point of view on the Ukraine–European Union Association Agreement.  LGBT community of our part as well as of the Dutch one made a strong contribution to the campaign in favour of Ukraine.

Netherlands are the last country to decide upon the Agreement on extending cooperation between Ukraine and European Union. And it seems that the Dutch people are against ratifying the agreement. According to the surveys in March 43% of respondents were ready to vote for it and 57% had a negative opinion. Despite the recommendation nature of this declaration of people’s will, Dutch politicians can’t ignore the decision of the nation. So the campaign in favour of Ukraine was mostly aimed at closing the gap between “yes” and “no” so that the Netherland’s government could find good reasons to ratify the Association of our country with EU.

Ukrainian LGBT community took active part in the campaign of agitation supporting Ukrainian issue. So the Council of LGBT organizations of Ukraine addressed the Dutch asking for support of the Ukraine–European Union Association Agreement. And the Fulcrum organization leader Bohdan Globa had some meetings with Dutch politicians and representatives of Dutch LGBT community urging them to vote for Ukraine. Besides, Ukrainian activists made a video, telling the Dutch what extending cooperation of our country and EU brings each of them personally.

Dutch community also did their part and even created RainbowVote special website enlisting the advantages of voting for. For example, it points out that the life of Ukrainian gays, lesbians, bisexual and transgender people may considerably improve due to the Ukraine and EU getting closer. It’s notable that the Dutch activists continued to convince their fellow citizens to vote for Ukraine even after the notorious events in Lviv with assaulting the Equality Festival. The Dutch LGBT joined the Sunday campaign on the central square of the capital. On the eve of this 65 kilometers bike marathon from Hague to Amsterdam took place with the motto “Say YES!”
People of the Netherlands heard a lot about Ukrainian corruption and homophobia so they have more reasons to vote “against” than to vote “for”. So the agitation speeches mostly put emphasis on the fact that the Association is needed not by the Ukrainian establishment but mostly by ordinary people of our country, LGBT in particular. 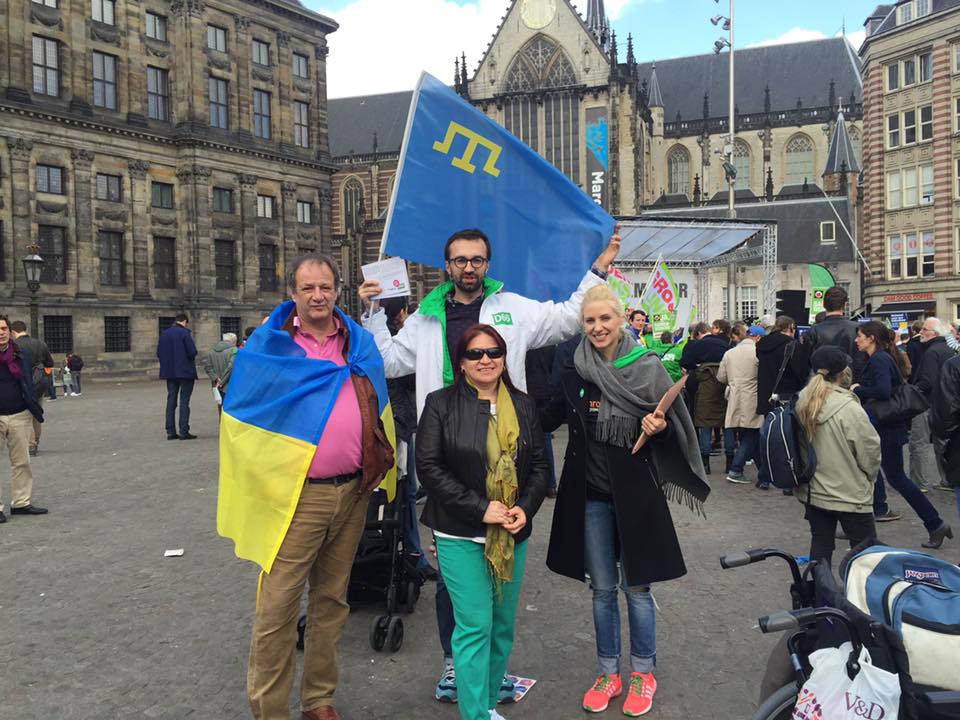 It’s worth mentioning that some Ukrainian politicians from the parliament Eurooptimists group also took part in the campaign in favour of Ukraine. Serhit Leschenko and Svitlana Zalischuk, the allies of local LGBT, were among them. Chief diplomatic official of Ukraine Pavlo Klimkin also actively convinced the Dutch to speak for our country.

The referendum in the Netherlands: low voters turnout and not the best outcome for Ukraine