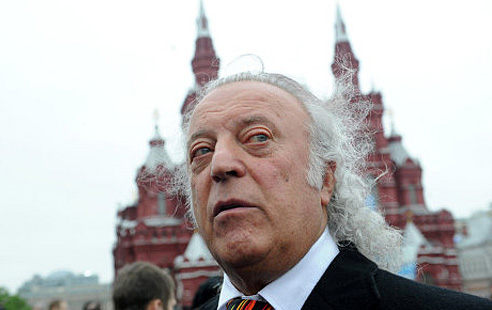 In the press center of the Russian Parliamentary Newspaper "experts" discussed what Russian culture lacks today and agreed on an opinion that "there should be a state policy on this issue".

People's Artist of the RSFSR Anna Shatilova complained about incorrect media coverage of the events. "Right after the national anthem we change to news about murder cases", – she explained. Whereupon a poet and songwriter Ilya Reznik joined the conversation: "The greatest danger and evil comes from TV and radio".

Then Reznik commented on the Ukrainian events. "This is a tremendous warning to us, – he declared adding that "was horrified to see very young boys as rebels". – They were raised in the atmosphere of unspirituality and gay propaganda. We should make every effort to avoid this. We have to say "stop".

The meeting was summed up by the Deputy Director of the Russian Association "Population and Development" Boris Lordkipanidze: "The art is something that should whip up the spiritual part of every human".

Let us recall that Ilya Reznik is a People's Artist of Ukraine and Russia, an honorary member of the Russian Academy of Arts. Among his most popular songs are: "Maestro" by Alla Pugacheva, "The stewardess named Jeanne" by Vladimir Presnyakov, "The land of birch" by Edita Piekha, "Vernissage" by Laima Vajkule and Valery Leontiev and"I will disperse the clouds with my hands" by Irina Allegrova.

What does Putin want?