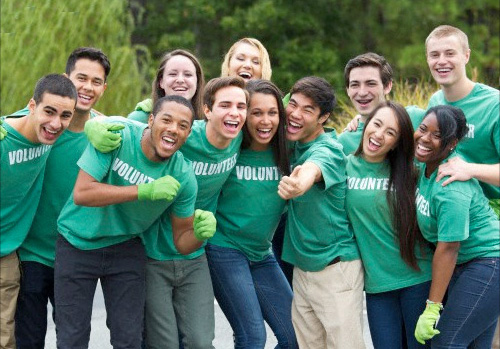 Originally people called volunteers were those who voluntarily, by their own will, joined the army of some European countries – France or Spain. Today in the definition of volunteering remains only the term "voluntarily". Although another definition was added – "free of charge". Almost everyone, at least once in their lives, on their own free will accomplished some duties claiming no reward. Usually such work brings satisfaction and sense of their own usefulness as well as the other pleasant feelings. The ideology of the Soviet period turned volunteering into the state duty: Sabbatarians, forced trips to harvest potatoes… As the result the very sense of this social phenomenon was lost and it began to be perceived almost as slave labor in the galleys. New stage of development in former Soviet states at all forced people to become pragmatists, who live by the principle of "what does not bring any financial benefits has no value". A tradition of volunteer work exists in different countries – for instance, volunteering in the fire brigade. After all a disaster can happen anywhere, whether it is earthquake, fire or flood, which will make everyone work together for low fee, and even free of charge. However in peaceful times most people are not ready for the systematic involvement into unpaid work, although sidewise such work is perceived as positive action.

It is interesting that due to the results of sociological survey most people couldn't formulate at all under what conditions they would be willing to personally take part in unpaid work. But it was possible to mark the major trends: young people seek to gain financial benefits, people of middle age – to work in a well-organized group, and senior generation – to get from voluntary work an insurance of a comfortable emotional and psychological state. All the potential volunteers name an opportunity for self-realization and respectful attitude to their activities as the important condition for the possibility to volunteer. Volunteering is a sign of a mature society. People eventually realize that working for the sake of everyone, they primary work for their own sake. Participation in volunteer work provides an opportunity to meet new people and realize longing to be someone useful and necessary. For many people it is also an opportunity for self-realization and self-actualization. Volunteering can as well provide many other resources: information, opportunity to learn and take part in work, the results of which are used to acquire useful contacts.

Organization "Gay Alliance Ukraine" plans to develop volunteer movement, because it is an important element of progress of LGBT community and civil society in Ukraine in general.