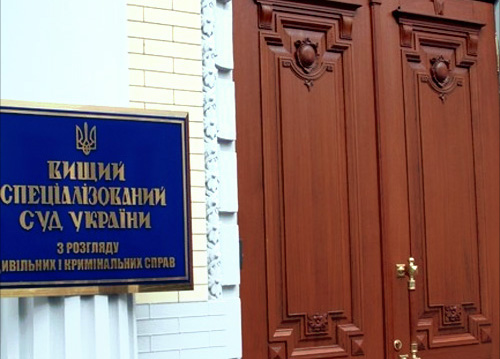 The High Specialized Court of Ukraine on Civil and Criminal Cases classified sexual orientation as a characteristic based on which there could not be any restrictions in Ukraine. It was reported by "Podrobnosti" with the reference to the press service of the Ukrainian Parliament Commissioner for Human Rights to the Verkhovna Rada of Ukraine.

In a letter from the 7th of May 2014 the High Specialized Court explained to the appellate courts that the list of characteristics, based on which there can not be privileges or limitations in realization of labor rights of citizens, may not be exhaustive when reviewing the respective disputes. In particular, violations of equality of labor rights, which not only based on already legally defined characteristics, but also on the grounds of age, skin color, physical features, weight, height, speech disorders, facial imperfections, marital status, sexual orientation and likewise are unacceptable, the statement says.

Let us recall that earlier the MPs supported the draft law No. 4581 "On Amendments to the Certain Legislative Acts of Ukraine (on Prevention and Counteraction Discrimination)" in the second reading in general.  This law was adopted from the second attempt to comply with the Action plan for the liberalization of the EU visa regime for Ukraine. There are no references on prohibiting discrimination based on sexual orientation in this law.  Speaking of the considered amendments to the law, the MPs form "UDAR" fraction, the Chairman of Parliamentary Committee on Human Rights, Ethnic Minorities and the International Relations of the Verkhovna Rada of Ukraine Valery Patskan noted that "the definition of sexual minorities was removed".