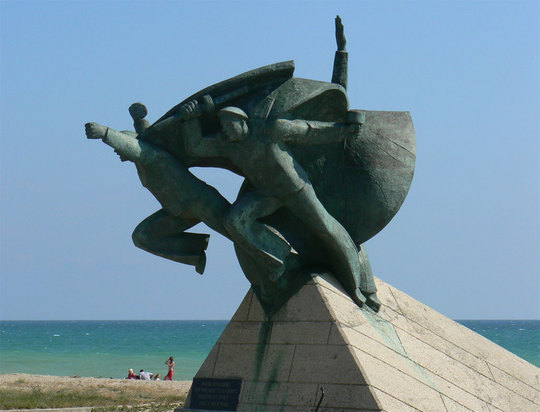 Some days ago in Yevpatoriya near the Monument to the marines was found burned minibus, and near to it – the dead body of a foreign tourist. It was reported to "C-inform" by the source in law enforcement.

"The body bore signs of a violent death," the source said adding that "the victim was a foreigner of nontraditional sexual orientation who had been coming to vacation in Crimea for the last five years".

"Most likely the reason for his murder was connected with his non-traditional interests", – suggested the source.

In the press service of the Ministry of Internal Affairs in Republic of Crimea confirmed the fact of discovered body, saying that "in regards to this fact a set of necessary activities are being carried out".

Let us recall that in March Amnesty International's Secretary General, Salil Shetty, warned Crimea citizens about repressions awaiting them after the "entering" of the peninsula into the Russian Federation. The human rights activist, in particular, pointed at the Russian "anti-gay" law, which would be used on the peninsula with the establishment of Putin's power in Crimea, provoking violence and homophobia in society.

"Warning signs are obvious. The repressions will start soon in Crimea. But yet it will not be shown on TV", – noted Shetty.

His words were later also confirmed by Crimean gay Maksym Kornilov, who reported to NBC News that earlier it was bad enough in Crimea for gay people, and "it has now become completely unbearable".