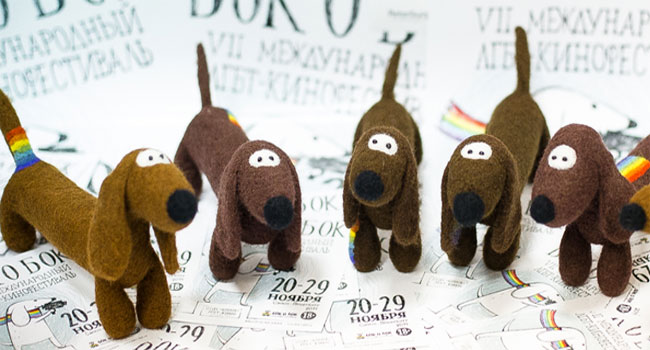 According to the newspaper Gazeta.spb, the press service of Milonov reported that "screenings of films about homosexual love contradict the traditional values of St. Petersburg and its residents".

"I believe that it makes much more sense that you conducted your activities in precisely those countries where you are paid grants and various tranches: in the USA, the Netherlands, Sweden, Germany. In the worst case, you will be welcome in Lviv or in Vinnytsia, where they specially love and appreciate these gentle Euro-oriented subjects with blurred sexual inclinations of varying severity, – cited by the press service of Milonov. – There is an impression that the main purpose of this action is about inflating the scandal, the demonstration of distorted stereotypes about the persecution of homosexuals in Russia. The film festival not only does not destroy the malicious myths about our country, but also only aggravates the internal situation in our society".

Let us recall that the last year's festival "ide by Side" (Bok-o-bok) in St. Petersburg was accompanied by a series of scandals, to which Vitaliy Milonov also put his hand. Altogether the film screenings were disrupted for five times because of false reports of mining the premises where they were supposed to take place. This year's event was also accompanied by incidents.

Milonov is mistaken saying that the LGBT Film Festival will be welcome in Lviv or Vinnytsia. This finally became clear when during the movie screening within the queer section "Sunny Bunny" of the film festival Molodist in Kyiv "Zhovten" cinema was set on fire, which became one of the most high-profile crimes of the last time. And which is, however, at the official level in no hurry to be associated with homophobia prevailing in the Ukrainian society. The next day, the representatives of the nationalist organization "Trident" (Tryzub), which is part of the "Right sector", disrupted the movie session of "Sunny Bunny" in a movie theater "Kinopanorama" by threatening to storm the hall. They claimed that in a movie theater was being demonstrated " immoral movies", which should not be allowed.

At the same time the deputy chairman of Kyiv oblast Council, a member of "Svoboda" party Yuriy Noevoi claimed that Ukraine does not need festivals, where the LGBT cinema is being demonstrated.

"Film festival Molodist broadcasts the extremist movies about pederasts – he wrote on his Facebook page. – I believe that many people who heard about this thought themselves good thoughts: does pro-European and democratic Ukraine actually need such a festival? The organizers allocated pederasts into a separate part. And this is when this artificial subculture does not interest neither Ukraine, nor Europe, only bureaucrats from Brussels".

In Kyiv identified the winner of the contest Mr. IDOL-2014