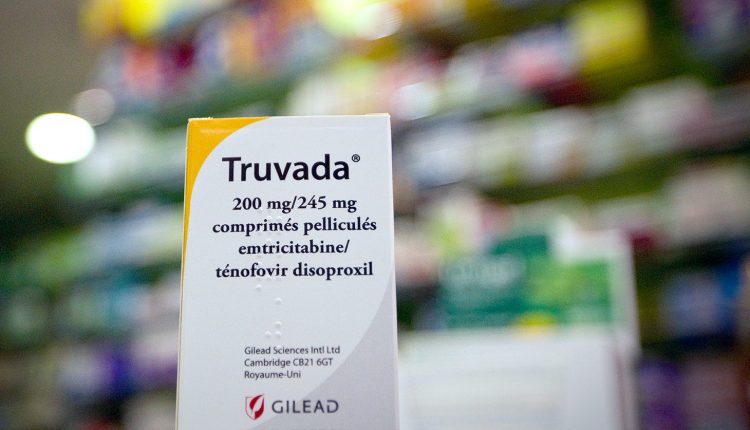 On December 1st in UNIAN agency was held a press conference "AIDS epidemic in the capital through the eyes of HIV-positive Kyiv residents" dedicated to the World AIDS Day. During the press conference representatives of organizations and institutions that are fighting the epidemic, described the key challenges related to the HIV treatment in the country.

Chairman of the Coordination Council of the UPO "All-Ukrainian Network of PLWH" Volodymyr Zhovtyak said that people living with HIV in Ukraine are currently being threatened by interruption of antiretroviral therapy, because there is still have not been purchased a sufficient number of drugs.

"Despite a change of power in our country, despite the Revolution of Dignity, nothing has changed in the Ministry of Health. As for today the drugs for the treatment of tens of thousands HIV-infected people have not yet been purchased. The risk of treatment interruption for 60,000 HIV-positive people in Ukraine now as big as it can get. Today, under the new government, we can state that the system of getting super profits on the purchase of medicines has not changed. The state spent more than 25 millions UAH by purchasing drugs under the overestimated prices", – Zhovtyak told.

"There is shortage of antiretroviral drugs that are essential for the treatment of HIV-positive patients in many AIDS centers. The country needs a health care system reform, it's time for the Ministry of Health and the state to fulfill its functions of ensuring HIV-positive citizens with appropriate treatment", – he said.

n his turn, the head of Kiev city AIDS prevention and control center Oleksandr Yurchenko drew public attention to the fact that almost 80 thousand people living with HIV in Ukraine currently do not have access to health services.

"Infection rates in the world decreased by 20%, but in Ukraine for today there are about 240 thousand HIV-positive people, and of them only 150 thousand are being treated in medical institutions", – noted Yurchenko.

"Almost 80 thousand people with HIV today do not have access to medical assistance either because of the not tolerant attitudes, or the lack of approximate services, or because of living in small towns and villages, where the level of discrimination towards people with HIV is still very high. These people are afraid to admit their HIV status and to start clinical examination and treatment,"- said the chief doctor.

He reported that more than 60 thousand people receive antiretroviral therapy, stressing out that existing stocks of drugs will be enough for only 3-4 months. But without adequate procurement by the Ministry of Health ARV drugs there is a risk of treatment interruption since international donors can not constantly close off the loopholes in ensuring medications.
People receiving ARV treatment do not constitute a danger of the HIV transmission even during unprotected sex, remarked Yurchenko, they live качественно high quality and long lasting lives, and their lifetime is getting longer and longer.

The head of AIDS center also reminded about the problems in providing testing systems, the supply of which, according to him, will be supposedly resumed only in January.
The harshest in her estimations was the representative of Coordinating Council to prevent the spread of HIV infection at the Kyiv City State Administration Lada Bulakh, who called the situation with the HIV treatment in Ukraine the worst in all the years.

"I would like to be proud of some achievements, but unfortunately, the current situation is the worst than it has ever been: it is unthinkable that while having money there are no drugs, that given the high quality specialized institutions do not have the means for diagnostics, not even saying about the nutrition for ill patients", – distressed the expert.
According to the data provided by Lada Bulakh, as for today in the capital more than 10.000 people diagnosed with HIV put under dispensary observation, and every year their number increases by one thousand. At the same time, Bulakh said, there is no money in the city budget to fight against AIDS.

As the doctor of the Kyiv city AIDS center Volodymyr Zagorovsky told our website, as of October 1st in the capital there were 404 HIV-positive men having sex with men (MSM) under dispensary observation, 33 of them at the AIDS stage. For the first 9 months of this year Kyiv City  AIDS Center registered 95 new cases of infection among MSM. In 2011, there were 42such cases, in 2012 – 67, in 2013 – already 131. Under forecasts of Mr. Zagorovsky, by the end of 2014 the number of new HIV cases among MSM will most probably exceed last year's figures.

According to his director Oleksandr Yurchenko, growth in these indicators is related to the fact that the Kyiv city AIDS center is a friendly towards MSM clinic. That is why the representatives of the community turn to its services more often, with no fear of disclosure of their homosexuality.

Ukrainian activists handed a letter to Cardinal Christoph Schonborn, who is loyal to LGBT