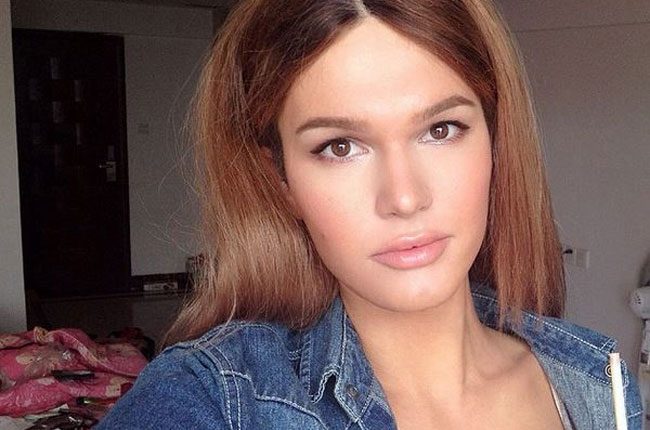 Well-known Ukrainian singer Boris April said goodbye to the past, reports Glavred. Ex-participant of the second season of the Ukrainian Pop-Idol ("Fabrika Zirok 2"/ "Stars Factory 2") is now called April, live in Los Angeles and is in the process of gender reassignment. On her 24th B-Day a girl opened up to her Instagram subscribers.

"As a child I could not give definition to it, but even back then I felt like a girl, I wanted to wear dresses, have long hair and do all the things that usually normal girls do. I grew up with this feeling that everything's wrong and it should be differently. As a teenager boy I was afraid to talk to my parents and friends about my feelings. I lived in a fear to be rejected, in a fear that I might get hurt just for being who I am. The awareness of all of it was an unbearable torture for me! As a result: lack of confidence, insularity. Later my mother and my close friends realized that I am a transgender", – writes April.

"It is a big, serious and responsible step for me. I had enough time to think things through and make the right decision. I made it deliberately. I was newly born, – says April about the sex reassignment. – I feel myself complete! I am a young girl who will once become a woman. In my life I want to have children and a beloved man beside me. I've dreamed about this day and very happy to share my truth with you".

The singer told that she is in a relationship and is working on recording of English language album: "I try to keep privacy when it comes to my personal life. I can only say that now I have a boyfriend, and I'm happy with him".

April, who came to "Fabrika Zirok 2" under a name of Boris Kruglov, became well-known as Boris April. The press called Boris not otherwise than "Glamour boy" and paid attention to the fact that no other project participant has near the same fan club as he did. Even back then there were rumors in the Ukrainian beau monde that Boris "has not yet decided if he is a boy or a girl". However, the singer – in those days a young man – was only 18 years old. Natalia Mohylevska, a producer of "Fabrika zirok 2", shared a stunning revelation in her interview to "Facts" (Facty news): "April is not a gay as many people believe. He is a virgin. Absolutely clean, he does not have any sexual desires neither to women, nor to men".

"But at the competition "Fabrika Zirok 2" has won the young men with clear signs of sexuality and masculinity, – noted Mohylevska. – Freedom of self-expression is not yet clear to everyone. Even myself was different before the "Fabrika". I have great respect for Boris April. Despite his peculiar image. The child has the magic. He is able to write a song within one night. It's an absolute mystery where a 17-year-old boy takes these texts from".