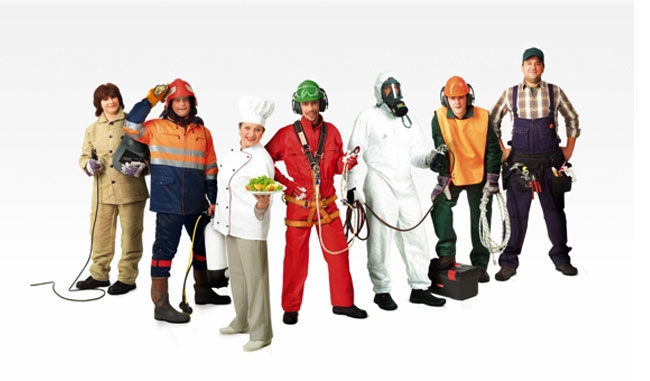 In December of last year the Ministry of Social Policy of Ukraine issued a new draft Labor Code of Ukraine. The sixth article of the document states the prohibition of discrimination based on sexual orientation as well as the HIV positive status in employment. We quote this part of the project.

Article 6. The elimination of discrimination in respect of employment and limitation of labor rights

1. Discrimination in employment is an action or inaction of the employer or other authorized person resulted in humiliation or neglection as well as violation of labor rights, or granting of privileges based on age, origin, marital status, family obligations or disability, social or property status, race and ethnicity, nationality (except for cases stipulated by law), sex, sexual orientation, suspicion or fact of HIV/AIDS disease, political views, religion, membership in a trade union or any other association of citizens, type and nature of occupation, place of residence (including whether or not a person has the residence registration), as well as persecution of an employee by the employer or other authorized person due to the submitted  complaint of discrimination, from which the employee has suffered or suffers.

2. Any direct or indirect limitations in labor rights when concluding and/or changing the labor contract, suspension and/or termination of labor legal relations are not allowed and punishable by law.

3. Terms of regulatory and legal acts, as well as local labor normative acts, containing discriminatory provisions or limiting labor rights as compared to the requirements of Constitution of Ukraine and the present Code shall be deemed invalid.

6. Employer or other authorized persons found guilty of violating the requirements to prevent discrimination in labor relations shall be liable in accordance with the laws of Ukraine.

7. Individuals, who think that they have been discriminated in labor legal relations or their labor rights have been limited, are entitled to appeal to the court demanding protection of their rights, including – compensation of the caused material and moral damage.

8. Evidence of absence of discriminatory motives in default of employment, promotion or implementation of a professional career and in the case of dismissal of an employee shall be assigned to the employer.

Inclusion of sexual orientation as grounds to prohibit discrimination in the labor legislation has been a pressing issue over many years now. Ukrainian LGBT activists have been trying to lobby these changes; however it has not brought much success until very recently. Many politicians, along with the public and religious leaders were against the prohibition of discrimination based on sexual orientation, considering it the provision of certain "special rights" to representatives of the gay community (and at the same time not arguing against "special rights" for members of other demographic groups that are mentioned in the Code, for example people with disabilities).

And even now, after publishing the draft Code, at Christian forums have already started to discuss this "burning problem". Some authors have come to quite interesting and in its own way paradoxical conclusions: "Words "sexual orientation" [in the Article 6 of the Code. – note by GAU] causes concerns among some Christians over the fact that now homosexuals could start to get a job in Christian organizations, or even at churches itself where they would promote their sexual orientation. Frankly speaking, I do not see any reasons why the homosexuals themselves should not start to worry that Christians could now demand an employment at, let's say, gay and lesbian clubs, where they could promote their faith as well".

Let us not forget that the draft Labor Code is not yet an approved document, and that on its way to the adoption it may undergo numerous modifications. In relation to what it will be quite interesting to closely watch how new Ukrainian authorities are ready and willing to demonstrate so widely proclaimed commitment to European values.