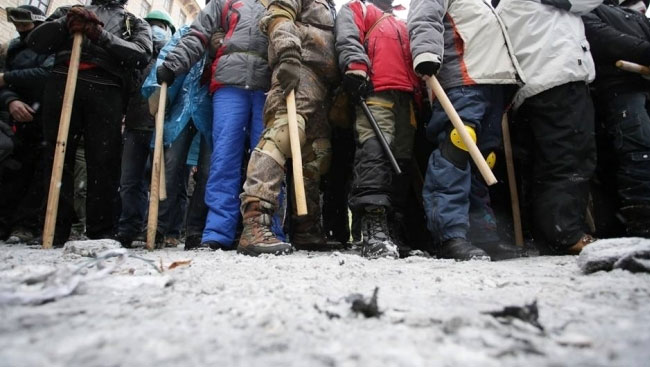 One more public guard unit has been registered in Lviv – "Community Development" ("Rozvytok Gromady"). It was reported by information agency ZIK while mentioning some other similar units as "Self-Defense of Lviv EuroMaidan" ("Samooborona Lvivskogo Evromaidanu"), "Outpost", "Afghan Hundred" and "Rock" ("Skala"). There are no any other details at the ZIK website. However, mass media voice of so-called Novorossia – "Novorossia" agency has its own interpretation of the mentioned above message.

"Lviv will be patrolled by queers", – stated at the website. This information, unfortunately, picked up by other Internet resources.

"In Lviv members of the LGBT community registered public safety guard unit – "Community Development" ("Rozvytok Gromady"), – reports "Novorossia" agency referring to ZIK (!). – A public safety guard unit – is a voluntary association of citizens, which is being created in Ukraine to protect the interests of citizens and to assist law enforcement agencies to monitor public order. They started to emerge after the coup d'?tat, when "maidan hunta" came to power in Kyiv. Outrages and robberies among general population came out of control and the citizens decided to work together to defend themselves. It is the third guard unit in Lviv already. The first two has been successfully working for more than half a year. It is the first such organization consisting from LGBT community members in Ukraine. Association "Rozvytok Gromady" is an ordinary public organization that does not disclose their belonging to the LGBT community. But it becomes clear judging from the symbols of the organization. Everyone in Lviv is well-familiar with the rainbow colors. In the city of Western Ukraine, where most population supports nationalistic political party Svoboda ("Freedom"), "Rozvytok Gromady"  is known for a long time" (original spelling preserved. – note by GAU).

"Propaganda and support of the non-traditional sexual perverts – not so scary, while their involvement into the armed "public safety" – is a crime", – ascertains "Novorossia" agency.

"NGO "Rozvytok Gromady" is a team of like-minded people who share a common system of values, which is based on Christian and pro-European rules of life such as: mutual respect, trust, openness and honesty. For us, the biggest value is a person and their rights", – said on the website of the organization, which logo is represented by styled geometrical figure, colorized in an eclectic way. Apparently, "novorossians" took it for the rainbow LGBT-related symbolic.

Novorossian notice that “smoking woman can give birth to a gay baby” became a hit of the U.S. blogosphere