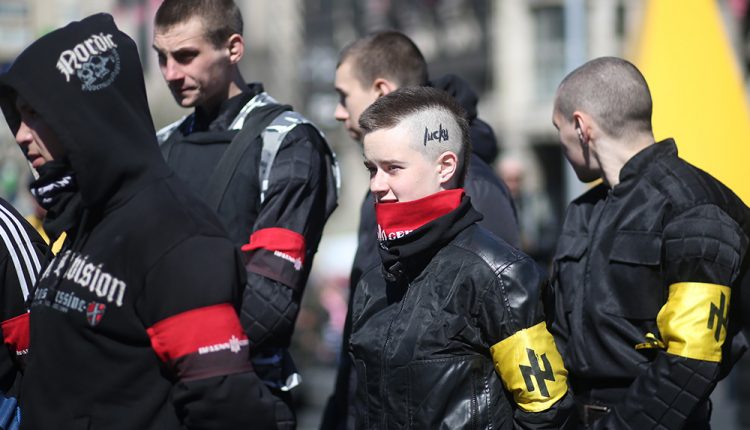 Fighters of the "Right Sector" together with the other nationalists promised not to allow carrying out the Equality March within KyivPride (which they call the "gay parade") on June 6 in Kyiv. It was reported by Apostrophe referring to the press service of the "Right Sector".

"We are, the fighters of the 13th reserve battalion DUK, together with the other nationalists we will do everything in our power to prevent this sodomit Sabbath in Kyiv. We fully understand that so-called "fight for LGBT rights" – is definitely a political phenomenon that results from the ideology of radical liberalism. "LGBT activists" strive not to only call illness the norm, but rather to destroy any traditional concept of a human", – said in the statement of the "Right Sector".

Fighters of the "Right Sector" promised to counteract "liberal extremists" as long as it takes to acquire "the state, which would take care of public morality and fight against the morbid phenomena!" – was noted in the message.

"Right Sector" urged the soldiers from "Azov" regiment, as well as volunteers from other right-wing forces, "to actively join the fight to protect the honor of our capital".
As Apostrophe reminds us in this regard, the movie theatre "Zhovten" was set on fire during the movie show of the LGBT section of the International Film Festival "Molodist". Criminals admitted that in this way they intended to show their disdain for the LGBT community in general.

As the commander of the 13th reserve battalion DUK with the Callsign "Horvath" reported in his comment to on-line publication GORDON , the activists of the "Right Sector" has already now been taking preliminary measures, so that the event would be simply cancelled until the scheduled date.

"We are working with the public, we will talk with the police – to do everything so that the people themselves in the end prevented the holding of the parade," said Horvath.
In 2014, after the negotiations with Kyiv law enforcement agencies, the organizers of the "Equality March" announced the cancellation of the action scheduled for 5th of July.

In 2013 a few dozen of people held in Kyiv the "Equality March", which lasted less than an hour. The Marsh was conducted not in the city center, as it had been originally planned, but at the Dovzhenko Film Studio. It was heavily guarded by police.