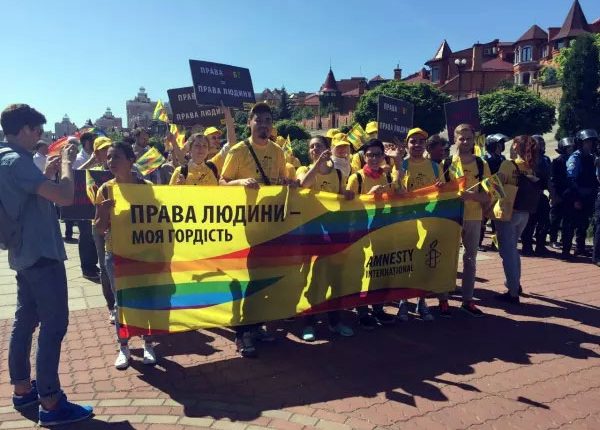 The inscription on the picture says: “Human rights – is my pride”

At the Equality March in Kyiv have been injured five officers of the Ministry of Internal Affairs. It’s been reported by the press service of the department. “During the altercation 5 policemen were injured, one of them in the critical condition (shrapnel wound to the neck). Law enforcement arrested 25 people on the spot for the illegal actions”, — said in a statement. Based on the fact of an attack, have been commenced criminal proceedings for "hooliganism". 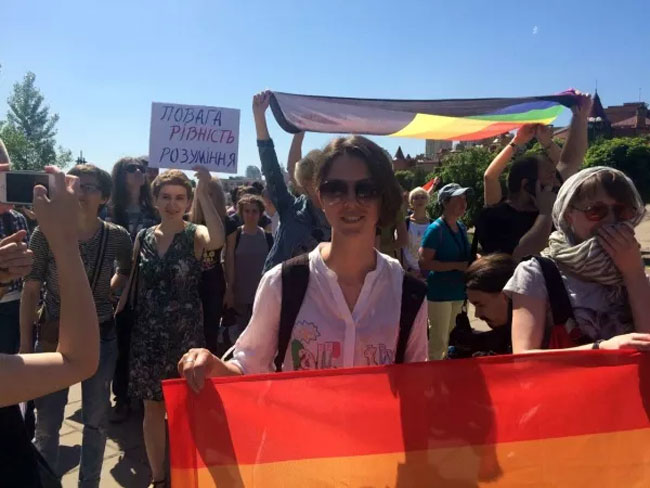 The inscription on the picture says: “Respect – equality – understanding”

According to the correspondent of Hromadske.TV, about 30 aggressively adjusted thugs appeared at the gathering spot for participants of the March, which took place in Kyiv on the Obolonska Naberezhna (embankment). They threw smoke grenades and sprayed tear gas against the protesters. According to one of the March participant, it were firecrackers with shrapnel, one of which seriously injured a police officer. 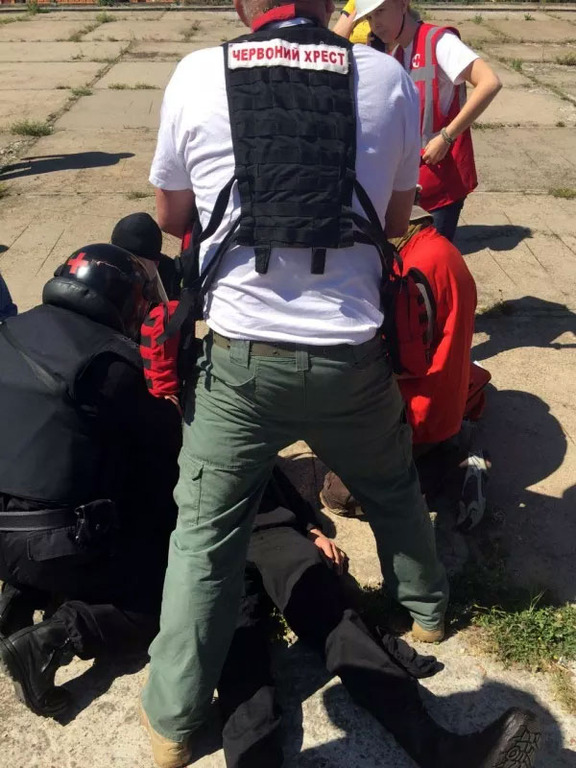 The inscription on the picture says: “Red cross”

As on of the KyivPride and the Equality March organizers Anna Sharygina declared, this year were taken unprecedented security measures, in particular, consultations were held with experts of the international human rights organization Amnesty International.
Due to the high possibility of provocations, journalists accredited to cover the Marsh were gathered separately from the participants. 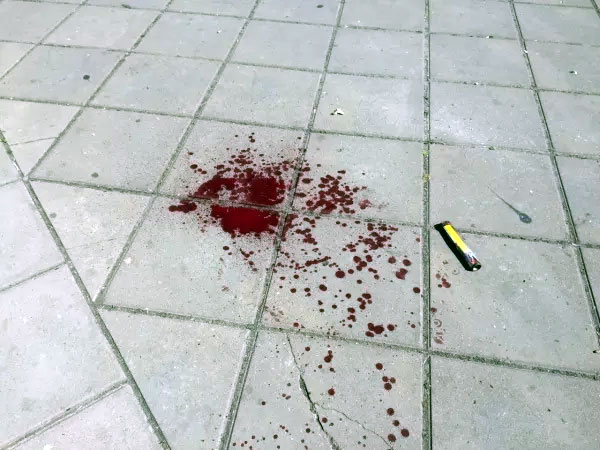 “LGBT community has nothing to celebrate. It is the Equality March, not a parade. Today we speak about the rights of LGBT people as human rights. For example, in the labor legislation, we constantly encounter problems. People can get fired if it becomes known about their sexual orientation. We can’t tell that we’re in the relationships with someone. The most painful – hate crimes against the LGBT community. Several days ago young man was beat up in Kharkiv, because he was gay. It is about the human rights, isn't it?” — underlined Sharygina Sharygina adding that the Equality March in Kyiv would be a litmus test defining how healthy the society is. 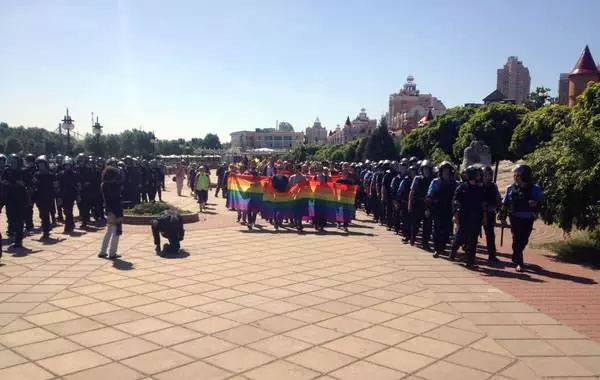 The March was guarded by about a thousand policemen. It was attended by representatives of Amnesty International, Ukrainian MPs Sergii Leshchenko and Svitlana Zalischuk, who expressed their support for the participants of the action. Swedish Ambassador and his wife also came to support. 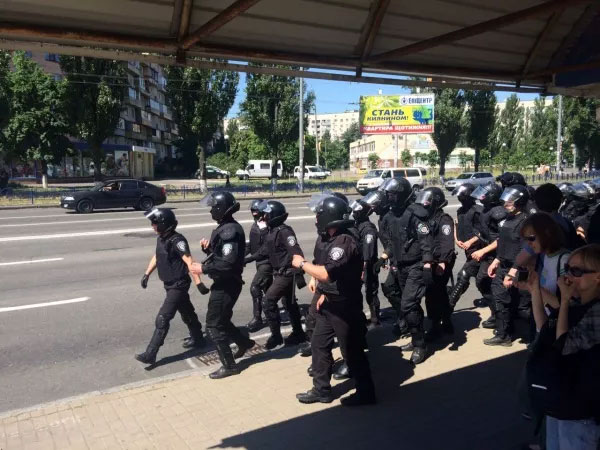 Activists walked about 500 meters along the Obolonska Naberezhna and finished the March. The police told the marchers not to go away alone through the courtyards, because there they were watched for by aggressive-minded homophobes with bats. Therefore, law enforcement officers continued to accompany those who came out today to the peaceful action.
As reports the correspondent of Hromadske.TV Kira Tolstiakova, one of the soldiers of battalion "Sich", who also came to protect the rule of law, was injured. According to him, he was attacked by five policemen. 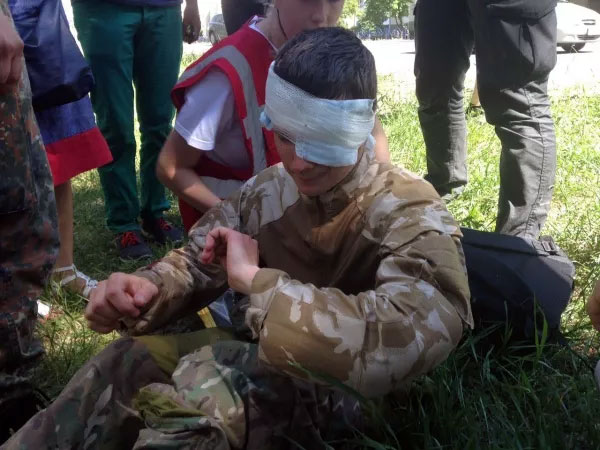 Next to the venue of the March there were two buses of the "Right Sector", whose representatives had earlier declared that they would not allow holding KyivPride.