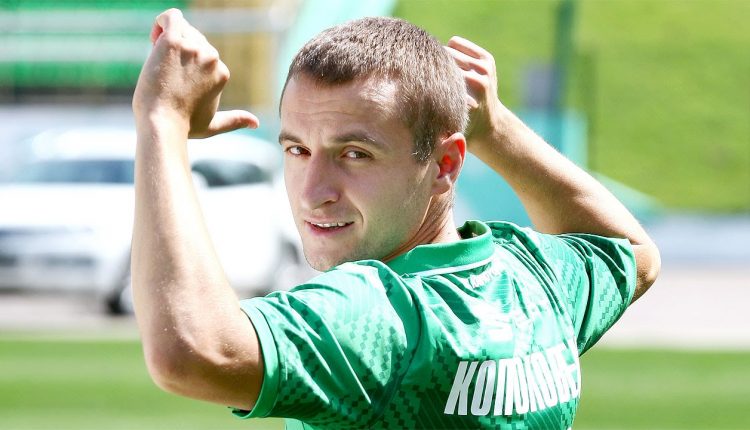 According to the former midfielder of Lviv's "Karpaty" Michael Kopolovets, who has been recently employed by the FC Einheit Rudolstadt of the German fifth division championship, Germany is swarming with perversions. The athlete told this in an interview to Football24.

"I do not understand those who move out from Ukraine and settle down in Germany – it is psychologically difficult in here. Everything is slow and calm – informed 31-year-old football player. – Yes, there are social benefits and high quality here in Germany, but at the same time everything here is artificial and there are a lot of gay people".

Responding to a clarifying question of the journalist whether it is uncomfortable for him to be around gay men Kopolovets exclaimed: "I'll say!", and he told how he nearly vomited from of what is happening in the gay club, where he once found himself by mistake.

"Once I mistakenly entered gay club do dance and realized what was going on. I nearly vomited in there. I was disgusted, and the Germans – was ok with it. The ears were pierced with bullets … I'm not from that world. "Such" Europe will be beyond belief for Ukrainians yet for a long time. Two guys go holding hands, kissing … If something like that happened in Uzhgorod – they would have been both beaten up already," – claimed the athlete.

Naturally it came up in the conversation to the topic of the joint shower space, where real machos, as we all know, must not drop the soap. "Frankly speaking I must confess: I asked our lads if there were gays in FC Einheit. They told me there were not any. Heaven forbid that we would be at the same team! After all we go to take shower with a team. At first I was looking closely – I was wondering if anybody liked me", – expressed their concerns Kopolovets.

In addition, the football player complained about the moral decline of German society. "In Germany children doing it with children, older people with other elders and those "queers" – you don't simply understand what's going on between them. It is swarming with perversions – and no one's hiding. It is way too wild for me", – he concluded.