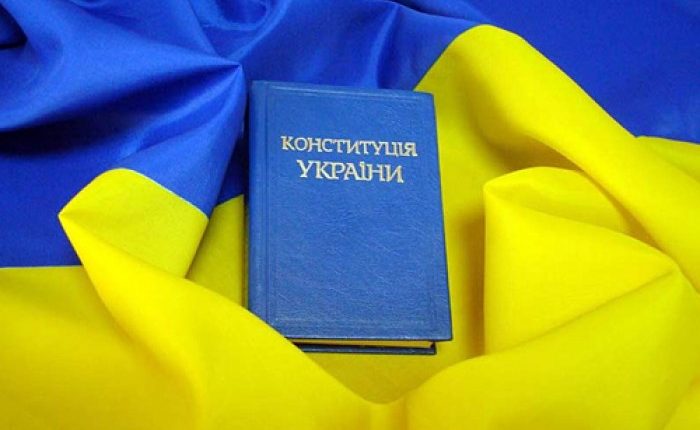 The All-Ukrainian Council of Churches and Religious Organizations joined the process of constitutional reform and made their proposals concerning the Main Law of Ukraine. The concept of it was presented by the churches' representatives on June 15 during the press conference at Ukrinform information agency, reports the Institute for Religious Freedom (IRF).

In particular, religious leaders suggested to secure in the Constitution that the value of human life and the right to life should be recognized by the state "from the conceiving to the natural death", as well as to describe the concept of marriage as a "family union between a man and a woman".

Moreover, the Council of Churches suggested expanded version of the Article 35 of the Constitution, which guarantees freedom of ideology and religion.

Among other things, the Council of Churches offered to define in the Constitution of Ukraine that "e relationship between the state and churches and religious organizations are based on the principles of partnership and joint activities for the benefit of a person", according to which state and local authorities "contribute to socially useful activities of churches and religious organizations".

Besides it was suggested to secure in the corresponding article concerning the privacy rights in the Constitution a guarantee of the secrecy of a confession, in respect of which there can be no exceptions and grounds for limiting.

As it is well known, in March 2015 the President of Ukraine created the Constitutional Commission and assigned it the tasks to ensure the wide discussion among the general public and professionals on proposals for constitutional reform in Ukraine.

The All-Ukrainian Council of Churches and Religious Organizations is the interconfessional body that unites the representatives of about 20 religion religious communities including Ukrainian Orthodox Church of Moscow (UOC-MP) and Kyiv (UOC-KP) Patriarchate, the Ukrainian Autocephalous Orthodox Church, the Association of Jewish Religious Organizations of Ukraine and the Spiritual Administration of Muslims of Ukraine.

Let us recall that earlier the intention to initiate a draft law to ban abortions in Ukraine, as well as to criminalize "propaganda of sexual perversions", was stated by the MP of the Radical Party of Ukraine – Ihor Mosiichuk.