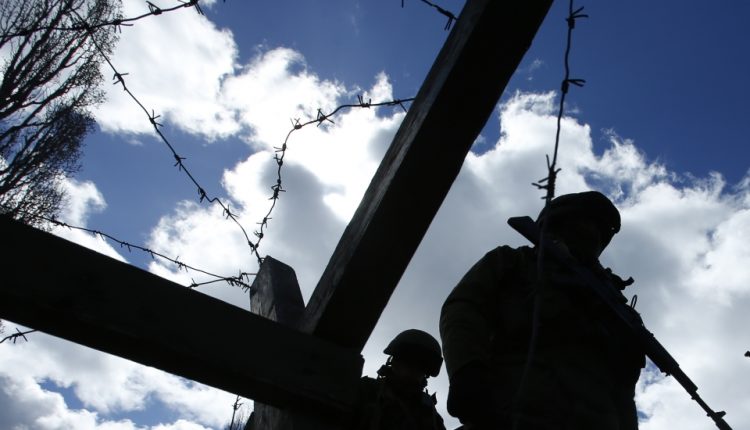 Deputy political commissar of “DPR” – “to kill everyone involved”

Deputy political commissar of self-proclaimed "Donetsk People's Republic" calls upon killing everyone "involved in inculcating the culture of homosexuality, cannibalism and hatred".
About this a terrorist with the call sign "Cedar" told the Russian newspaper Ridus, which supports the so-called "LPR" and "DPR".

"Cedar" talks about his path as a "pro-Russian fighter" and of Christian morality – namely, how it fits with the concept of a murder. If we had a column "news from the underworld", we would put this hews in there.

"The Holy Fathers have long given a definition of which place should such a phenomenon as murder take in the life of a Christian. We forgive our personal enemies while the enemies of our Orthodox Motherland, which is a hoarding for the Church, should be killed", – deputy political commissar of terrorists. He also claims that current Ukrainian authorities have a task given by the "overseas friends" – to destroy Orthodoxy in Ukraine through breaking of canonical unity with the Russian Orthodox Church.

"We are being imposed with the culture of homosexuality, cannibalism and hatred instead of culture of love for our neighbors and mercy for those suffering. Thus we have to kill everyone involved. Otherwise the very possibility to live according to the conscience and Christ's commandments will be killed", – says "Cedar".

"It should be noted that recently the MP of St. Petersburg's Legislative Assembly  Vitaly Milonov sent appeals to the so-called "parliaments of DPR and LPR" with a proposal to prohibit "propaganda of non-traditional sexual relations" with a special law", – writes "BaltInfo" referring to press-service of Milonov.

A book “Ukrainian LGBT movement, 25” is available by post