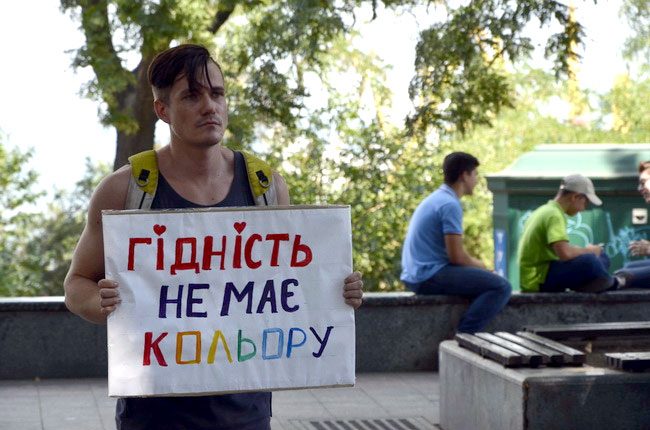 The inscription on the picture says: "Dignity has no color"

The activists of the OdesaPride 2015 organized a flash mob in memory of LGBT people killed by homophobes and individual pickets at the Odesa City Council to protest against the court prohibition of the Equality March.

Flash mob was held on the Teschin bridge and devoted to LGBT people who became victims of homophobes. Their stories were written in red hearts and placed along the bridge on its rails. 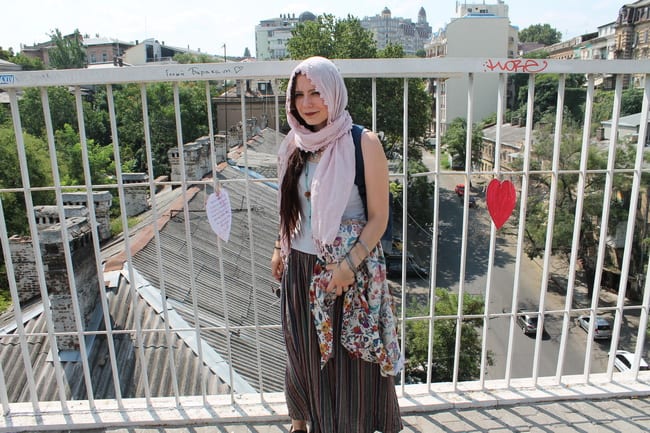 All of these stories – about Ukrainian men and women, many of whom the activists knew personally. "It was very emotional action for me. In this way I honored the memory of those people who died", – told Ihor, an organizer of the flash mob and a friend of those whose names were honored by the participants of the OdesaPride.

As we already reported, on August 12 the Executive Committee of the Odesa City Council appealed to the court and won a partial prohibition of the OdesaPride activities. The ban included all public events that were supposed to take place on the streets of Odesa, in particular, the Equality March. On August 15 the activists protested against the decision of the court in the form of individual pickets. 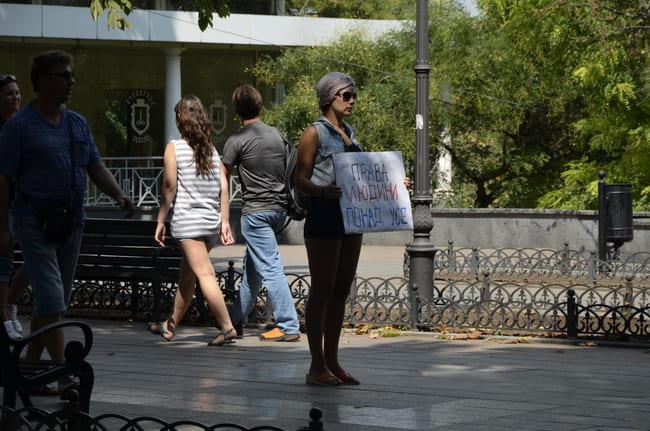 Passers-by were actively interested in what was happening, but it would be an exaggeration to say that they were all unanimous in their attitudes toward LGBT people. Activists had to listen to a lot of condemning remarks and curses to their address. However, there were also those who took pictures with the guys trying to cheer them up and to express support.
Scandalous Odesa activist known to Odessa citizens as "Miss barricade" also paid her attention to protesters – she tried to snatch the poster out of the hands of one activist. 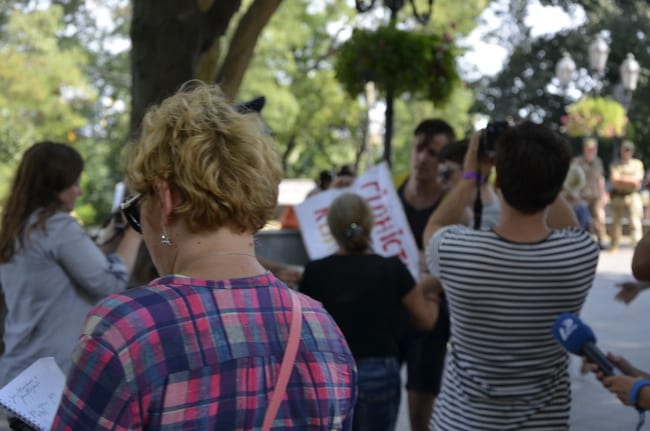 Picketeers answered the questions of passers-by about what made them come to the streets. Should be noted that it was necessary to explain just to a few people: judging by the fact that most people expressed their support or disapproval of the guys, no questions asked, many inhabitants of Odessa are aware of what is happening in the city.