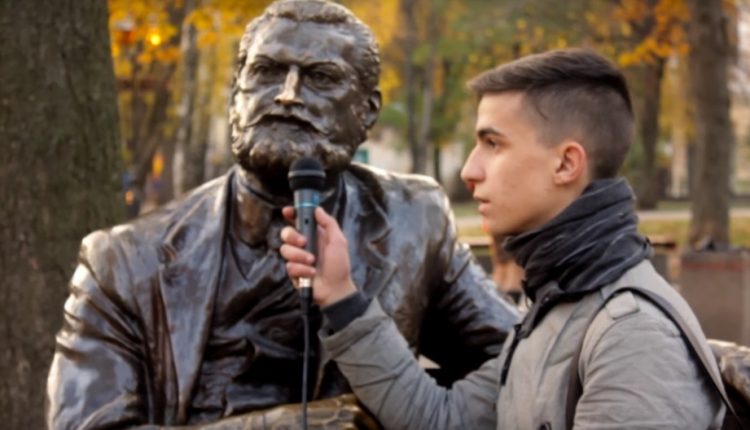 taken from the video
Ukrainian news

Vinnytsia students got inspired by numerous social experiments that were held in Ukrainian cities and , and decided to make their street poll. The youngsters asked Vinnytsia citizens to tell about their attitude towards homosexual peoplefor the camera.

People had various reaction on the questions about LGBT but in general the attitude was rather calm. Some respondents, usually men, told that they would stop communicating with their friend if he suddenly turned out to be a homosexual. At the same time, a lot of people in Vinnytsia consider sexual orientation to be everyone’s personal business so they are tolerant towards gays and lesbians. «I am neutral about it» was a common answer.

«I’m tolerant of it. They are the citizens of our country, the same as the rest of us. I have no trouble communicating with them. I suppose they are as properly human as people having traditional sexual orientation," claimed the other respondent.

A lot of those who find homosexuality unacceptable, could not explain the nature of their resentment.

«I have the same attitude the others have» said one of the requested, and thereby he proved the fact that most people often didn’t go deep into the subjects that were of no direct concern to them and relied on the opinion that was most widespread in the society instead. Therefore, if Ukrainians are more aware of homosexuality being the norm variant, we will hear less and less of such opinions as «lesbians and gays don’t belong among us.»

The best movie of Sunny Bunny LGBT program was chosen

Halloween in Queer Homes. They had a hell of a good time there!