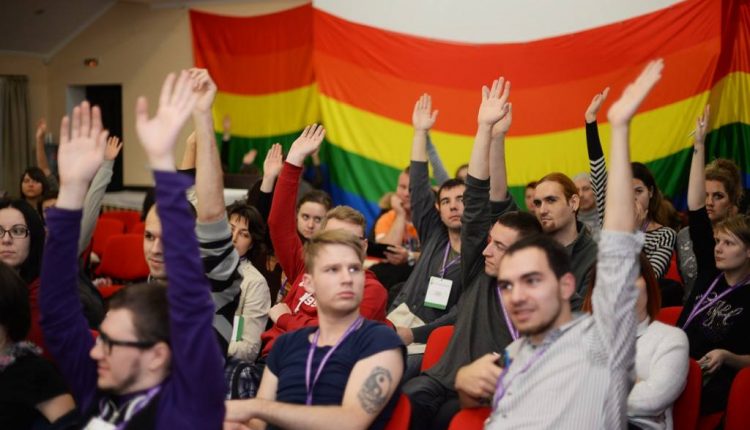 VIII National conference of LGBT movement and MSM service of Ukraine took place from November 6 to 8 in Kyiv region.

The conference had rather varied program: the participants could attend workshops in the morning and in the evening, take part in lectures and vivid discussions on different topics from development strategy for LGBT initiatives in Ukraine to queer theory and art therapy in the afternoon. Together with famous people of the LGBT movement some newcomers also worked as coaches.

During the opening of the VIII National conference the moderators summed up a year that passed since the previous conference, listed the achievements of the community (in particular – the refusal to adopt the parliamentary clone of the Russian bill On ban of the homosexual propaganda among the minors),including winning the court cases and establishing corresponding precedents, and also finding some allies among the members of Ukrainian parliament. Failures mentioned included assaults on LGBT community members on the grounds of hatred getting more frequent, the arson of Zhovten cinema and failure of the petition on the LGBT right protection on the constitutional level at the website of the President of Ukraine.

On the last conference day the participants joined efforts to make strategic plans for LGBT movement development in the next yearin the fields of politics, mass-media, international partnership and LGBT community itself.

Besides, some creative contests were held during the conference and footage for social ads was done.