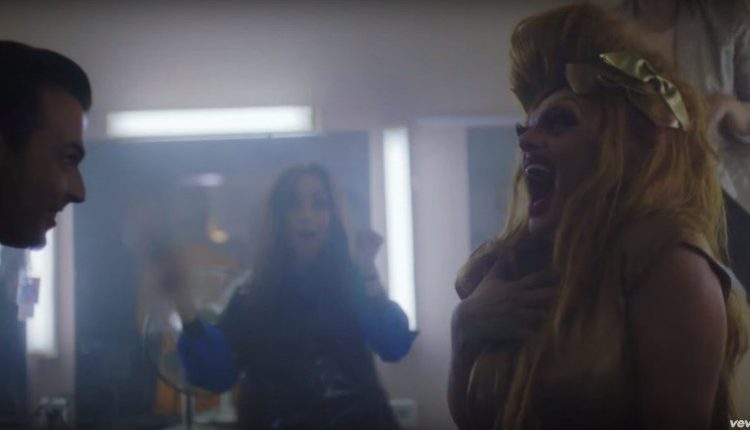 Shoot from the video
Ukrainian news

Last week popular British band Hurts presented music video for their new hit Wings. It was filmed in Kyiv and famous Ukrainian travesty diva ZhuZhu played one of the characters in it.

“In mid-October Theo Hutchcraft, leader of Hurts, called me and offered to participate in their new music video. I agreed gladly,” ZhuZhu told Gay Alliance Ukraine.

In this new video Hurts members Theo and Adam indulge in having fun and existential looking for their place in the world. “Wings musical video tells about life of the musicians off stage and takes audience to the golden age of pop-culture in the end of 70s – beginning of 80s,” says ZhuZhu. “Most scenes are based on the photos and videos of iconic events. The scene I participate in shows the meeting of Elton John and Divine in Andy Warhol’s Studio 54 in 1978.” 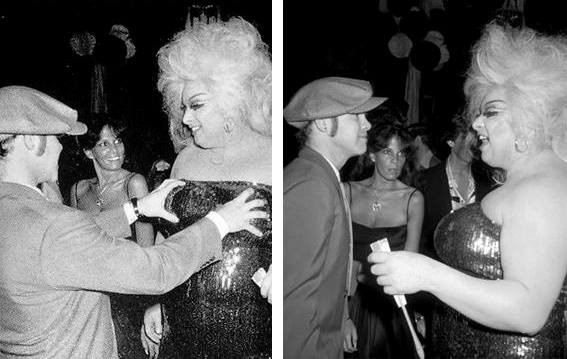 ZhuZhu says that every character in the video has very accurate fashion that corresponds to the spirit of the era. The travesty diva wore the dress that Alexander McQueen created exclusively for this music video.

The video was shoot in Kyiv hotels and also on the sky deck on the roof of Parus business center. Yekateryna Galytska was the producer of the video, directed by Dawn Shadforth who had made screen versions of the band’s songs Wonderful Life and Lights before.

“The British were filming. Everyone did their work in cold blood, nice and easy. For a moment I thought that those people were not working but playing. People were playing in shooting the movie. It was pleasure for me and interesting experience,” the diva shared his impressions.

ZhuZhu calls this video masterpiece. “It is not a music video, it is feature short. It provoked some heavy criticism and admiration at the same time that proved its unusual nature as it never happened to the previous videos of the band,” ZhuZhu marks.

Wings song became a single from the third studio album of the band called Surrender that the duo would take to the great European tour in spring of 2016. Presentation of the program in Kyiv is supposed to take place in March.