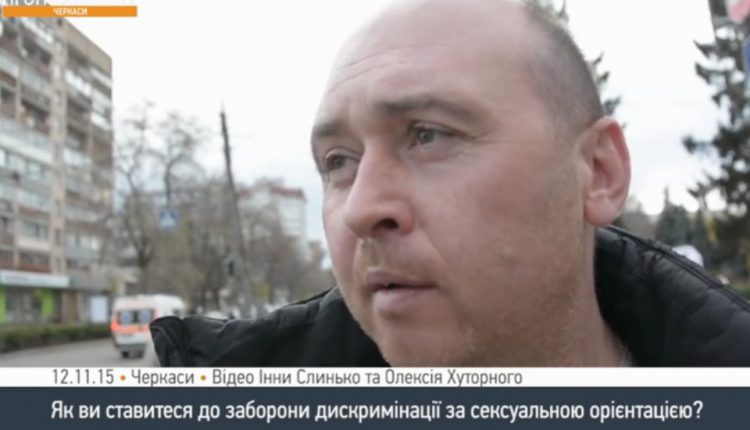 Frame from the video
Ukrainian news

Hromadske TV made a video about the attitude of Cherkasy people towards the adopted non-discrimination amendment to the Labour Code of Ukraine.

The journalist asked people whether they supported the adoption of amendment to the Labour Code that banned discrimination on the grounds of sexual orientation and made it precise that it concerned the discrimination of gays mostly. The respondents had different opinions: part of them considered that there should be no place for discrimination in our society and people should not be labeled according to their sexual orientation, and the other part kept to so-called “traditional views”, talking about “Slavic values” and religion.

Different people and different opinions were shown in this video, and tellingly only one girl out of three youngsters asked spoke in favour of the amendment, meanwhile the oldest respondent was against discrimination.

Let’s recall that the amendment to the Labour Code in action that banned discrimination in employment on the grounds of sexual orientation and gender identity was adopted by the Parliament last Thursday, on November 12.