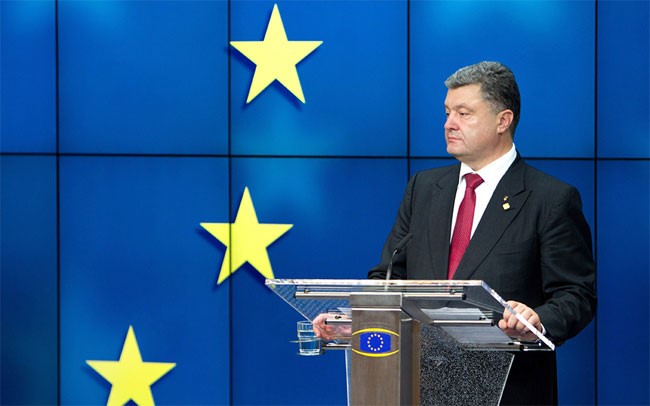 Ukrainian President Petro Poroshenko signed laws that may help Ukraine to obtain visa-free regime with EU in the future, Newsru.com tells. The online edition reminded that the law banning LGBT discrimination in employment provoked most animated discussions, often with a tinge of negativity. This law is EU’s obligatory demand for getting visa-free regime and further integration.

It is not clear when Ukraine can count on visa-free regime as we have to wait for EU reaction.

“Just now I have signed so-called legislative visa-free package, the ink is still wet. We have met all the required conditions and now wait for EU decision regarding the perspectives of visa-free regime introduction,” Poroshenko said in his address to Ukrainian people on the occasion of Day of Dignity and Freedom.

On November 12 the Parliament adopted 13 laws package with an effort. The crucial amendment to the Labour Code that banned discrimination on the ground of sexual orientation and gender identity was declined by MPs several times. It got necessary amount of voices only when the situation turned critical and it was either adopting amendment to the Labour Code or losing hope for visa-free regime for Ukraine.

Ukraine must prepare the final report on the claims that European Union has regarding visa-free regime introduction till December 15. In September Commissioner for European Neighbourhood Policy & Enlargement Negotiations Johannes Hahn frankly said that he could not “tell when visa-free regime for Ukraine could be introduced.”

Let’s remind that last week the representatives of churches expressed their dissatisfaction with the adopted amendments and wished that President wouldn’t sign them. According to archbishop Yevstratii, the head of information agency of Ukrainian Orthodox Church (Kyiv Patriarchate), the aim of adoption of this amendment is adding “sexual orientation” and “gender identity” terms to the legal environment of Ukraine that will later lead to the legalization of same-sex marriages and ban on criticizing homosexual people. Moscow Patriarchate representative Mykola Danylevych agrees with him and points out that the church stands not for “discrimination of homosexuals” but “against homosexual propaganda” that those non-discrimination amendments may lead to, as he thinks.