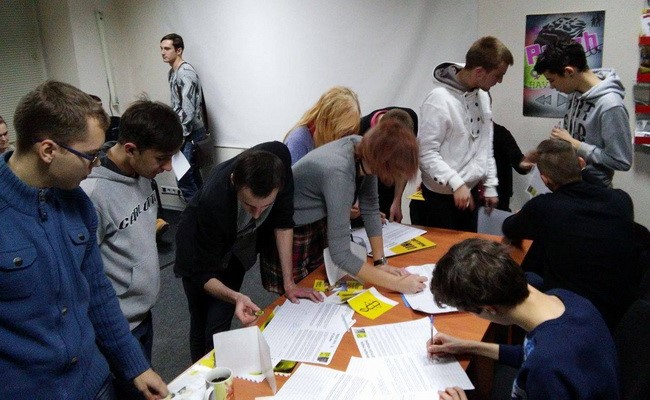 The results of Letter Writing Marathon in Ukraine were made public: from December 4 to 10 more than 34 thousands Ukrainians signed the petitions demanding the authorities of different countries to deal with human rights violation cases.

87 events in 32 Ukrainian cities took place under the aegis of the Marathon, including events, organized by Queer Home coordinators in Zaporizhya, Kyiv and Kryvyi Rih. This year over a thousand people signed petitions in Queer Home network. Also participants of the Marathon wrote supporting letters to the aggrieved that would be sent to the addressees in a matter of days.

Last year Moses Akatugba from Nigeria was saved from the execution, Vladimir Akimenkov and Mikhail Kosenko, participants of peaceful protest on Bolotnaya square in Moscow and Ales Belyatskyi, human rights activist from Belarus were set free due to the letters from millions people all over the world.