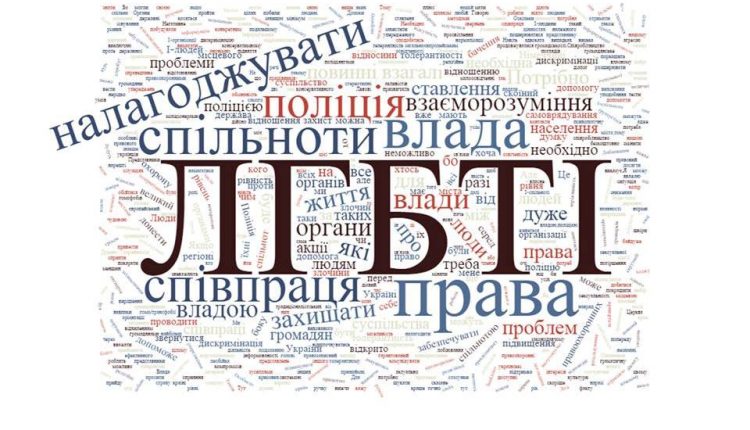 No Borders: only 19% of LGBT activists know what the human rights are

No Borders project of NGO Social Action Centre published the results of a small research of Ukrainian LGBT community knowledge of human rights. The research was based on the enquiry that took place last December. 108 LGBT activists from 14 Ukrainian regions were asked several questions.

According to the report (ru), only 19 % of the respondents were able to answer what the human rights are correctly. Even fewer respondents (14 %) knew correct definition of the “discrimination” notion. As for hatred related crimes, the awareness on it was a bit higher because 24 % of the enquiry participants could describe the term.

About 67 % of the responding activists believe that Ukrainian legislation doesn’t stipulate the protection of LGBT from discrimination whereas over 33 % of respondents know that discrimination is forbidden in all spheres of social relations.

Read also: LGBT is one of the five main objects of hate speech in mass-media, according to the research

The community considers gays (90 %) and transgender people (62 %) most vulnerable to discrimination.

25 % of the responding activists trust the police and even fewer (21.4 %) trust local authority. At the same time most of them (89 %) believe that it’s necessary to establish cooperation with both these organizations.

No Borders project will use the results of this research for the course of lessons for LGBT activists that start at the end of January.

We should mention that the results of the enquiry of No Borders project can’t be considered valid as 100 people are not representative selection.

Birthday girl Monro showed that “everyone has their nature” (PHOTO)

Not only displaced people now can get into LGBT shelter