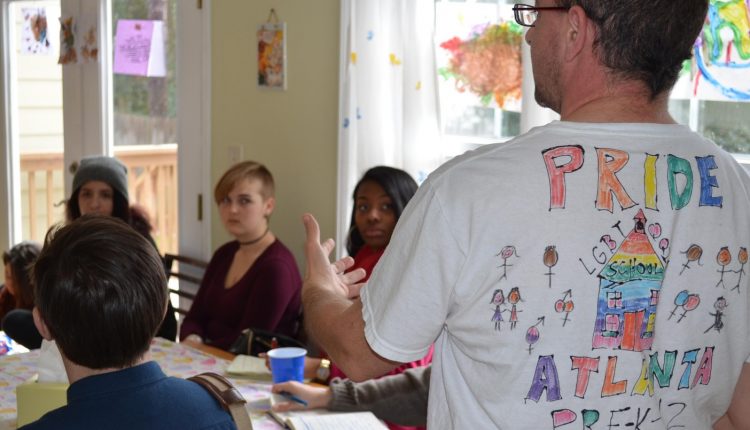 Channel 24: Ukrainians are against LGBT schools

Channel 24 edition decided to take poll among its readers regarding if Ukraine needed special schools for LGBT teens.  It was easy to predict the results – most of our fellow citizens said “no”.

The reason for asking opinion of Ukrainians concerning educational institutions for LGBT children was opening of the private school for LGBT students and children from same-sex families in Atlanta, Georgia, USA. The school founders believe that such specialized schools are necessary because LGBT teens are often bullied by the peers in common schools and they may feel safe among the kin students.

As we wrote before, raising funds for Pride School Atlanta (ru) started in the beginning of the last year. It’s notable that the school will be supported by local Presbyterian church. The idea of educational institutions of the kind is not a new one as range of similar schools already works in USA. Public Harvey Milk High School in New York is among them. It opened its doors in far-off 1985 and became the standard for Pride School Atlanta.

Besides, as we wrote earlier, LGBT school for teens in Manchester, Great Britain, will admit its first students in 2018. The project of this school was approved in frames of the government program of specialized schools development.

It’s worth mentioning that the children that have already identified themselves as LGBT are preferred in these schools but the teenagers who are tolerant to people of other identity are also welcomed there.

The idea of specialized LGBT schools has a lot of enemies. Still, even its supporters admit it to be a least-evil solution and an alternative way to protect homosexual children from humiliation and social ostracism.

It’s not clear, however, what the poll of Channel 24 was intended for as its results were predictable. The question of schools for LGBT teens in Ukraine is rather rhetorical one.