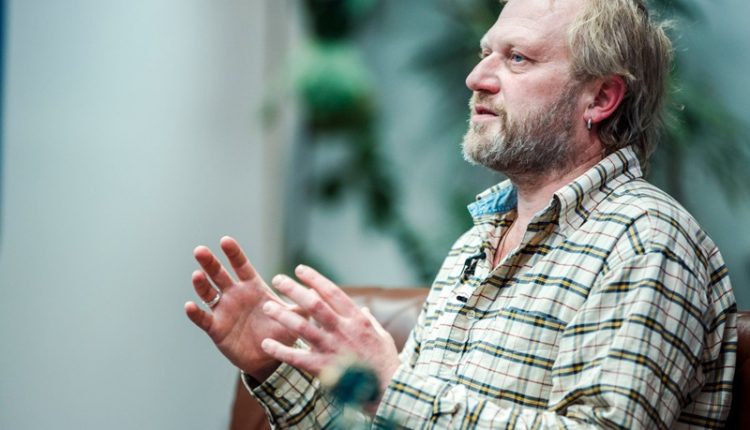 The famous Ukrainian writer Taras Prokhasko believes that it is vitally important for Ukraine to bring its legislation into line with European standards, whereas the church which opposes these changes shouldn’t intervene in the affairs of the state. The writer expressed his views in the column of the «Zbruč» (ua).

Prokhasko touched on the subject of LGBT, remembering that the church gathers signatures for a petition against the possible amendment to the Constitution, which defines marriage as a union between two persons and not just between a man and a woman. The writer tells that he was also advised to sign the petition, otherwise “somebody can decide that he supports homosexuals”, and “people will turn their back” on him. “It is not good to sign petitions which demand that something is done to somebody, that somebody is blamed. Not to mention the fact, that it makes no sense for the most part. Especially in the cases when the Church, which is separate from the state, insists on that what concerns the constitution of the state”, underlines Prokhasko.

At the same time, the writer calls homosexuality in his column “a sin which doesn’t cause any apparent harm to a fellow creature”. However, he insists that the changes which Ukraine is proposed to make in the Constitution are vitally important, considering that Ukraine doesn’t have much choice. “It [Ukraine] can no longer hope that it manages itself. In order to remain, somehow, it should stick to this sinful Europe. And not to pretend that we can save it with our unadulterated spirituality, but to ask, so they let us in and shelter. And to promise at least that we will behave ourselves”, continues Prokhasko.

According to the writer, the fear that two men who decided to bring up children together can cause them more harm than so-called “traditional family” is ridiculous. “It is ridiculous to be afraid of it because nowadays all wicked have been cherished just by normal families. The more ridiculous is to imagine that all our homosexual couples want to get married in our Church immediately. And it [church] will not be able to stand it“, notes mordantly the writer.

“All in all, Christ spoke less of justice. But a lot of mercy”, concluded Prokhasko.

Taras Prokhasko is contemporary Ukrainian prose writer, one of the representatives of “Stanislav phenomenon”. He has received a lot of literary awards, among them Joseph Conrad prize, BBC Book of the Year, Best Ukrainian Book.

Channel 24: Ukrainians are against LGBT schools