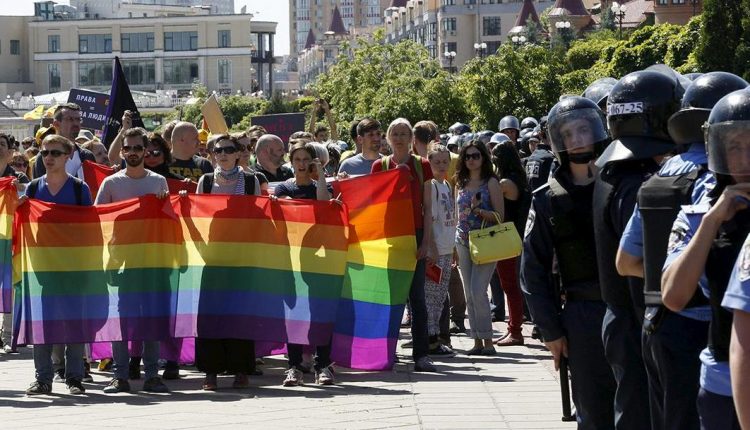 HRW: the situation with LGBT rights improves in Ukraine

The international human rights organization Human Rights Watch (HRW) states in the report that last year the positive changes were observed in the area of LGBT rights in Ukraine. “The authorities have been more supportive of the LGBT movement than in previous years, but homophobia and intolerance remain widespread”, is said in the section Sexual orientation and gender identity devoted to Ukraine.

The experts of HRW note that in June the March for Equality (ru) took place in Kyiv. Although the city authorities expressed concerns that they wouldn’t be able to provide protection to the participants, the president of Ukraine Petro Poroshenko publicly supported the idea of the march. “On the day of the march, several dozen far-rights activists attacked around 300 participants of the gathering, shouting abuses and throwing flares at them. Police tried to block the attackers, but nine policemen were injured in the clashes and one was seriously injured”, is noted in the report.

Read also: A watershed year: LGBT activists about the events of 2015 (ru)

It is also mentioned in the report that in November the Parliament passed an amendment to the Labour code that bans discrimination on the grounds of sexual orientation and gender identity. This is one of the preconditions for the introduction of visa-free regime with the EU. However, LGBT activists voice concerns that the same anti-discrimination provision might not be in a newer version of the Labour code which is being developed at the present time, HRW warns.