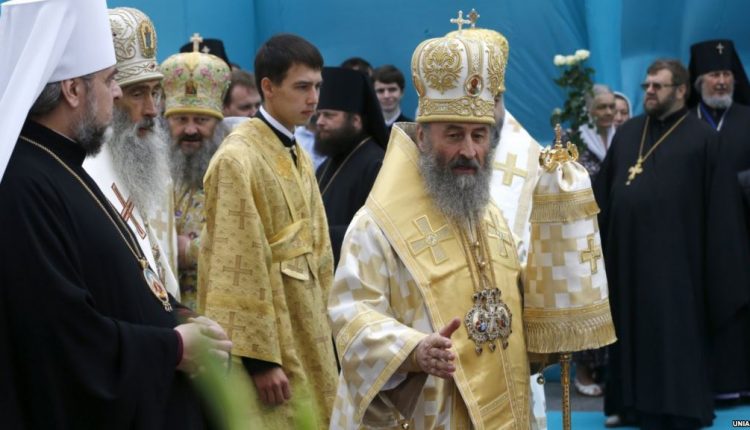 Metropolitan Onufrii, the head of Ukrainian Orthodox Church of Moscow Patriarchate (UOC MP) raised his concerns about “some recent legislative initiatives” being as episcopate, clergy and laity believe a threat for “traditional moral values” in his speech at the Bishops’ Council in Moscow.

In particular he spoke of the amendment to the Labour Code banning discrimination in employment on the grounds of sexual orientation and gender identity that Ukrainian Parliament adopted on November 12 last year.

“This law introduces such notions as “sexual orientation” and “gender identity” that are new for Ukrainian legislative environment. Such innovations may became a first step towards propaganda of homosexual way of life and attempts of legalization of same-sex marriages in Ukraine”, the metropolitan stated in his report in Christ (ru) the Savior Cathedral on February 2.

The churchman told that UOP MP together with other religious associations sent alternative wording for the abovementioned law to the Parliament, this wording banning discrimination but not introducing “the terms strange for the Christian ethics” to the legislative environment.

Let’s recall that the head of UOC KP Filaret offered to replace “sexual orientation and gender identity” in the law with obscure wording “attitude towards sexual relationship”.

“Unfortunately, we were not heard,” Onufrii complained and added that on January 29 the Bishops’ Council of UOC MP urged the President of Ukraine Petro Poroshenko once more  “to support traditional moral values on all fronts and to protect the people of spreading the sinful way of life in the society.”

HRW: the situation with LGBT rights improves in Ukraine